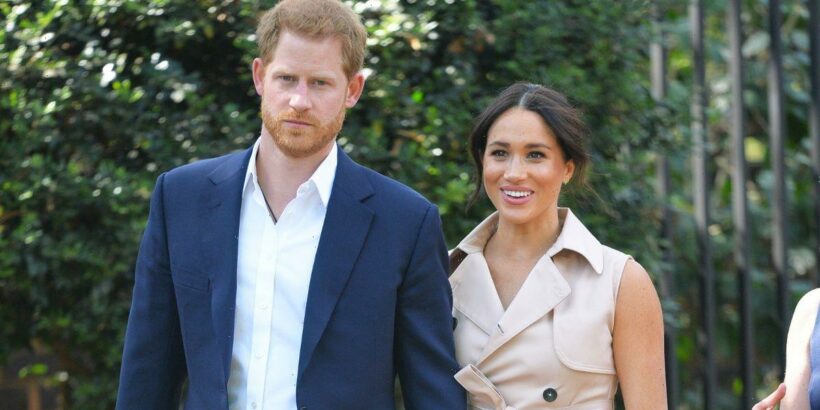 Meghan Markle and Prince Harry are reportedly making £109million from their deal with Netflix to produce original content for the streaming giant.

A full list of their plans is yet to be revealed but it was announced back in April that Harry was working on a series about the Invictus games, as competitors prepare for the 2022 event.

Whilst many of their fans are excited to finally see the pair's hard work on screens, other people are definitely not as excited.

Maureen Callahan, a US columnist, has brutally hit out at the pair and their ambitions of becoming Netflix mega-stars, writing in the New York Post: "Meghan showed up on 'America’s Got Talent' for no discernible reason, and Harry and Meghan just announced that $100-million-dollar deal with Netflix.

"'Making inspirational family programming,' they said in a statement, 'is important to us.'

"Uh-huh. They droned on about 'the power of the human spirit: of courage, resilience, and the need for connection."

She added: "'Through our work with diverse communities and their environments, to shining a light on people and causes around the world, our focus will be on creating content that informs but also gives hope.' "In other words, stuff no one wants to watch.

"Let’s get real: The most buzzed-about doc on Netflix right now is about a South African man who falls in love with an octopus ('My Octopus Teacher,' truly a must-see)."

Harry founded Invictus back in 2014 after being inspired by the Warrior Games in the US, and will be discussing his passion on screen and will be credited as an executive producer.

The Duke of Sussex also sensationally claimed that he was forced to turn to services such as Spotify and Netflix for a source of income because he'd been "cut off" by his family.

He told Oprah: "That was suggested by somebody else by the point of where my family literally cut me off financially, and I had to afford security for us.

"From my perspective all I needed was enough money to be able to pay for security to keep my family safe."