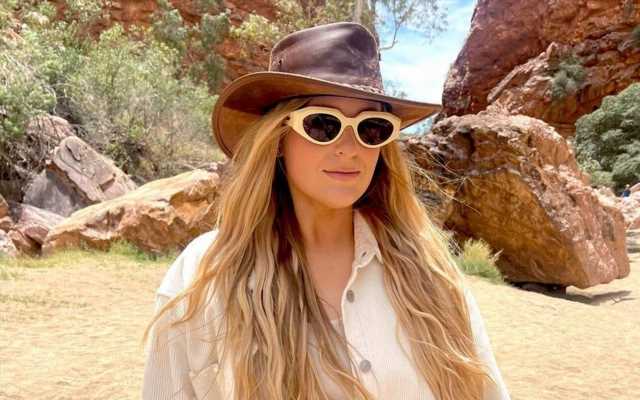 The ‘All About That Bass’ hitmaker really misses performing live on stage for her fans and wants to hit the road again since her last North American jaunt back in 2016.

AceShowbiz –Meghan Trainor is keen to go back on tour. The 28-year-old pop star has not been on the road since she headlined “The Untouchable Tour” across the US in 2016 and realised how much she has “missed” performing since she saw Harry Styles perform in concert.

The chart-topping star – who has been married to “Spy Kids” actor Daryl Sabara since 2018 and has 20-month-old son Riley with him – would love to get a series of shows done as soon as possible so she can then have another baby.

She said, “I saw Harry Styles perform last week and it made me miss touring. I thought, ‘We should knock out a tour real fast and then get pregnant.’ I want to come to the UK as soon as possible. My favourite place is that biga*** mall-Harrods!”

Meanwhile, the “Lips are Movin” hitmaker – who has now released her fifth studio album “Takin It Back” – went on to reveal that in the early days of motherhood, she felt “guilty” for accepting her dream television job because she had to spend so much time away from the little one.

She told The Sun on Sunday’s Bizarre column, “Three months after I gave birth, I got offered a job hosting a TV show. ‘Top Chef Family Style’. I thought it was way too early to take that job on, but it was also my dream.”

“I felt so much guilt for not being with my boy all day long. Kids say, ‘Dada’ first because it’s easier, but I was like, ‘Well, it’s because I’m not home!’ You ask yourself. ‘Am! doing everything right? Is my baby happy?’ But then I remind myself that he is the happiest kid.”