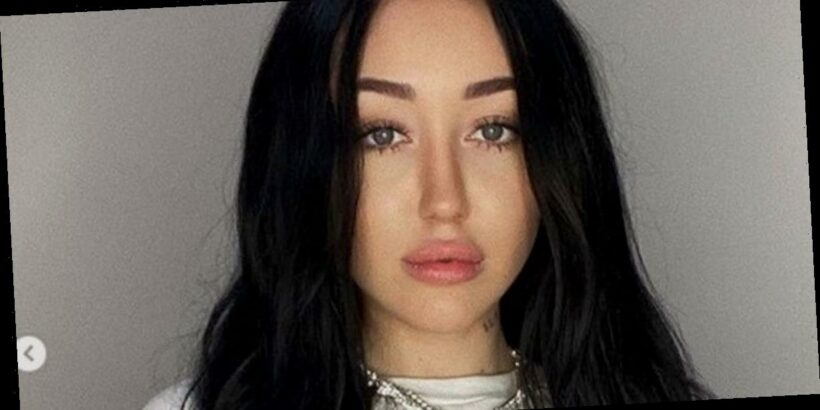 Noah Cyrus stunned fans when she shared a very racy photo of herself on Instagram just days after her 21st birthday.

The younger sister of pop star Miley stripped off for a recent photo shoot – wearing nothing but a sheer body stocking.

Noah wore a pair of skimpy knickers and black nipple pasties in order to protect her modesty.

The singer wore her black locks down straight and had a spotlight placed on her as she smouldered for the camera.

Noah captioned the post: "You’re my nemesis, you’re my best friend #AllThree," followed by several heart emojis in reference to the song she released last year.

A second person commented: "Jottest person in the world," while a third added: "Beyond beautiful."

On Tuesday, Noah paid tribute to late rapper Mac Miller – who passed away in September 2018 – on what would have been his birthday.

Taking to her Instagram Story, she shared a picture of Mac and wrote alongside it: "forever inspired by you we miss your brilliance happy birthday mac."

Noah celebrated her 21st birthday on January 8, and her older sister Miley shared a selection of adorable throwback snaps of them as kids.

Miley bared her gap-toothed smile in the photos, which were taken when she was only seven-years-old.

The future actress and singer had baby Noah swaddled in blankets and cradled in her arms as she sat on a sofa that dwarfed her.

Later, she came back and added a lengthier message about her baby sister.

"I love you baby sister turned big sister. The day you were born I never knew that one day the roles would be reversed and you would be the one taking care of me.

"You were such a rockstar thru the experience of losing Mary Jane. I couldn’t have gotten here without you.

"You lead me to making the hard but right decisions. You’ll have many more of those choices in your own life & I am here for you every step of the way. love you always," she added.