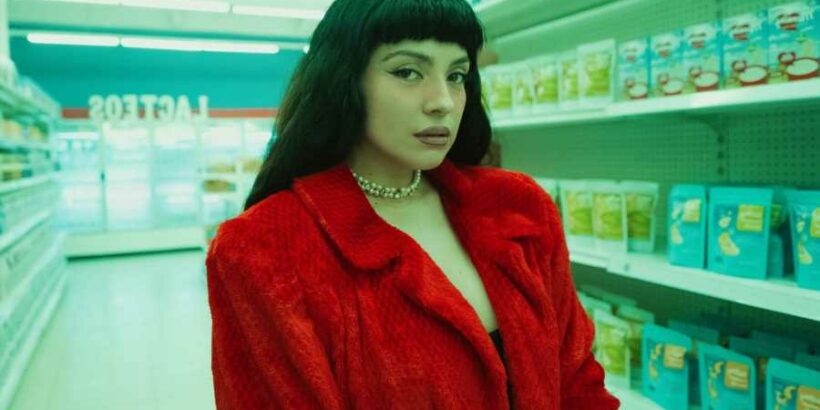 Mon Laferte is continuing to share the stunning visuals off her latest album, 1940 Carmen, eight months after its original release. This time, the Chilean superstar dropped the colorful, real-life-inspired grocery store video for her track “Supermercado.”

“I got mad at my partner at the supermarket and wrote the song while I was there,” says Laferte in a press release about the video, which follows the singer (decked out in an all-red outfit) as she shops, becoming increasingly upset while a couple argues in the background of one of the shots.

Director Camila Grandi said she was inspired by a scene in Rodrigo García Barcha’s Nine Lives while shooting the Laferte video.

“An ex-couple meets after many years of not seeing each other in a supermarket,” Grandi said in a release. “It is fascinating because a majorly complex conflict takes place in an everyday context and space. I love Mon, she has a lot of strength and I’m a big fan of her. She has trusted my work a lot, which has allowed me to create and be free.”

The release of the new music video comes days after the songstress canceled both a sold-out show at Los Angeles’ Walt Disney Concert Hall on June 8 and an appearance 101 Fest at the Hollywood Bowl on June 11 due to COVID exposure.

“Several members of the crew tested positive for Covid-19. As a means of prevention and in an attempt to perform in the safest way, we will have to reschedule these appearances in the United States,” Laferte wrote on Instagram. “We’re sorry for any inconvenience and thank you for understanding. See you soon.”

“I wasn’t planning to make an album,” she told Rolling Stone when speaking about the record last year. “I went to L.A. for personal reasons, but when I got there, all these situations I was going through mounted on top of each other. Music has always been an escape for me, and I just needed to get everything out.”