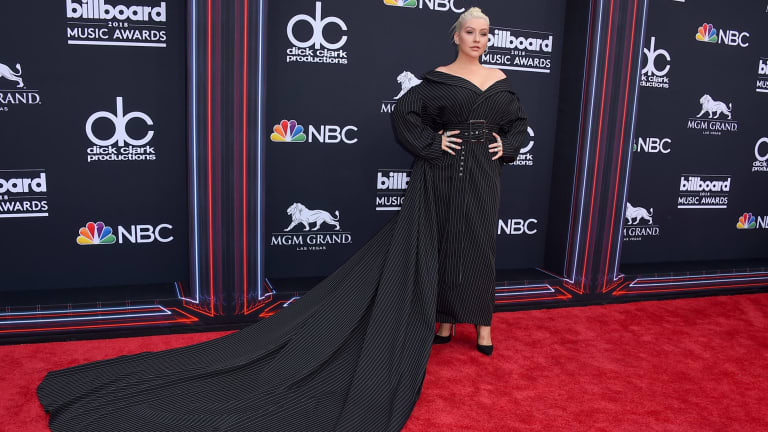 Christina Aguilera goes back to basics in search of the perfect pop album.

Reinvention has been a recurring theme in Christina Aguilera's​ career for years, but Liberation sees her really go back to basics. Maria sounds as though it was plucked from as early in Aguilera's​ discography as 2002, bar the heavy beat. Often pop stars make comebacks with facetious hip hop albums as a means to connect to younger audiences, but Aguilera​ bypasses that fateful mistake. No sooner is the general tone established for the rest of the album than surprisingly slick guitar riffs and gritty vocals emerge on the rock ballad, Sick Of Sittin', on which Aguilera​ growls, "I ain't built for no fake shit", and this message echoes throughout Liberation. Ultimately this album refuses to pander to new listeners, and is a callback​ to the music she's been making for almost 20 years. Features from Demi Lovato​ (Fall In Line), Goldlink​ (Like I Do) and Ty Dolla​ $ign (Accelerate) are highlights, Aguilera's​ vocal gymnastics perfectly offset by each artist. She is every woman: a rock star, an r&b songstress and she even steps into reggaeton​ on Fall In Line. Christina Aguilera​ is more empowered than ever, and her liberation makes for the perfect pop album. KISH LAL

Moye​ Chen is a piano competition veteran of marked success, including third prize at the 2016 Sydney International Piano Competition, where he was an audience favourite. That success led to this debut album on DG, with a carefully chosen program of rare and delightful miniatures that show Chen's charm and warmth, as well as his formidable technique. There is only one major work, Rachmaninov's second piano sonata, with which Chen impressed the Sydney judges and, here, me. The four worlds of the title reflect three composer-pianists who found fame in the New World: Russians Rachmaninov and Vladimir Horowitz​ and Australia's eccentric Percy Grainger​, with the fourth world being Chen's own journey from China to the US. The opening notes of Rachmaninov's Polka de VR alert listeners to his relaxed charm and style, while Grainger's​ Ramble on Love (based on the love duet from Der Rosenkavalier) is a gem, ditto two morceau​ of Horowitz's​. Grainger's​ take on Gershwin's Love Walked In is idiomatic and gorgeous, but Chen's account of Horowitz's​ transcription of Stars and Stripes is a little formal – it needs to be played live rather than in the studio. BARNEY ZWARTZ

"You make me feel like my ship's come in," Laura Jean sweetly sings on Devotion's excellent final track You Make Me Feel, before delivering the punchline: "Sometimes I miss just waiting, sitting on the end of the pier, staring at the sea." Where Laura Jean's 2014 self-titled album leaned on stark lo-fi folk, Devotion decorates her singer-songwriter folk with a distinctly '80s sound, full of lite-funk guitars, airy synths​ and crisp, high-fidelity sound. It evokes a faded paradise; a distinctly Australian one that often suits Jean's lyrical themes. Devotion is dominated by a restlessness about stable, loving relationships that have lost some sexual spark: on the title track, she sings, "When I talk dirty to you, you act so confused … but then you touch my hair for a second and I feel your devotion." Elsewhere she reminisces about old relationships (on Press Play and Northerly), and wonders about the difference between coping poorly with life's hurts and being a bad person (Which One Are You Baby?). The 1980s sounds here feel a bit like a mask; nonetheless, her songwriting still makes you recognise her emotions in yourself. TIM BYRON

Self-effacement is a handy trait for an improviser. You would never discern that Jakob Bro was this band's leader, for instance, simply by listening. The Danish guitarist's main concern has been creating contexts to maximise his colleagues' creativity. And what colleagues! From the absolute vanguard of Scandinavian jazz come trumpeter Palle​ Mikkelborg​ and drummer Jon Christensen, joined by Thomas Morgan, who, since Charlie Haden's demise, wears the mantle of the bassist who says the most with the fewest notes. The pieces, by Bro and Mikkelborg​, could be the folk-songs of wraiths: sketches that swirl and eddy like mist on a lake in a light breeze, awaiting the life-blood of improvisation. Mikkelborg's​ trumpet and flugelhorn provide the nearest shades to primary colours, darting to the foreground to blaze briefly, before retreating once more into the haze of guitar, bass and drums. Bro infuses the music with gentle washes of harmony and drama, which Morgan thickens with his carefully sculpted, isolated, melancholy notes, while Christensen, one of the great musicians of our time, engraves the surface with unique mysteries and enigmas. An album of rare beauty. JOHN SHAND

Just as you can sometimes judge a book by its cover, you can occasionally judge an album by its song titles. Two cases in point: Visions Of Someone Special, On A Wall Of Reflections and Quand​ Les Larmes​ D'un​ Ange​ Font Danser​ La Neige​ (When The Tears Of An Angel Dance On The Snow). Yes, Melody Prochet​, who trades under the name Melody's Echo Chamber, is French. And yes, she has a voice that's all breath, bells and batting eyelids. But this is no Gallic chanteuse throwback. Instead she builds on the psych-pop of her 2012 debut (produced by Tame Impala's Kevin Parker), while tossing some thorns in with the sparkles. Check out the beatbox​ breakdown, doo-wop harmonies and fluttering flute that interrupt the Air-like glide of Cross My Heart, or the speaker-rattling shrieks and robotic vocoder vocals halfway through the whirling strings and Eastern guitar trills of Desert Horse. The release of Bon Voyage was delayed by a serious accident that left Prochet​ with a brain aneurysm and broken vertebrae, and, while the album was recorded beforehand, there's a devil-may-care approach that suggests she was already seizing the moment to push a few boundaries. BARRY DIVOLA​

Well versed in the ragged and the raw, coming as she does from a garage-punk background via the long-running Shannon & the Clams, Shannon Shaw shows on this debut album that she is also across a whole lot more. Releasing on Dan Auerbach's​ newish label, Shaw is afforded the opportunity in this instance to delve deeply into other musical interests, the resulting 1950s rock'n'roll​ and 1960s pop/surf conglomeration forming the basis of what is a tough yet fluid record. The versatility in her voice bodily pushes a lot of the tracks along, from low and almost guttural notes to hitting sweet highs, giving the album a good deal of texture – often within the one song. It is a cathartic record too, in that all songs (six written by her, the rest co-written, with Auerbach​, among others) deal with love and loss in some form. This emotion helps fuel the record, the songs bleeding honesty and truth: they're alive and real, as opposed to mere lovelorn pastiches. Occasionally Shannon in Nashville does find itself exploring a little too much, so that genres and styles are touched on only fleetingly, but this is something that will no doubt be remedied with time. SAMUEL J FELL