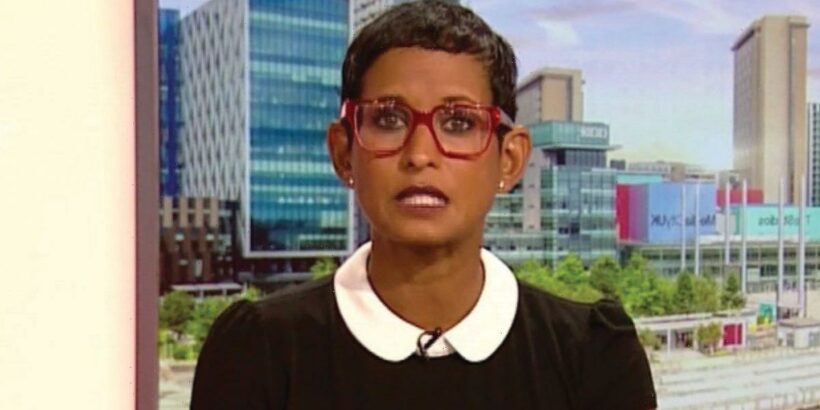 Naga Munchetty called on her fans for advice after having a pet-related dilemma over the weekend.

The BBC newsreader, 47, discovered a bat in her home, after her pet cat had brought it inside and took to Twitter, casking for advice from her followers.

She wrote: "Does anyone know how to get a bat to safety? [bat emoji]. "Cat brought one in yesterday. It's alive this morning, no obvious injuries, but not flying.

"Currently in a box with towels and a little water. Any rescue centres I can take it to in Herts? X."

Her followers came forward with tips and support, with one responding: "We had same. Give him mealworm and water in a milk bottle… RSPCA were brilliant. Ours was ridiculously cute and friendly. We still miss him!! X."

Another wrote: "Get in touch with the Bat Conservation Trust and they will be able to put you in touch with someone local who can help take care of it."

A third shared a helpful response with Naga’s followers, posting the link helpwildlife.co.uk/map, writing that the site "will give you your nearest rescue".

Naga thanked her fans for their suggestions, returning to the social media site to update them on what had happened.

The newsreader reassured her followers that the bat was being cared for, writing: "Is being sorted with a local rescue group – thank you for suggestions x."

Earlier this week, Naga bid goodbye to her BBC colleague Stephen Smith, who was leaving his role as Newsnight culture correspondent.

He took to Twitter to announce his departure, writing: "Some professional news: and it's good night from me for the last time @bbcnewsnight.

"What larks we had: Student House, Motorway Man, Big Society, Hitchhiker's Guide to Brexit. I was fortunate to meet a who's who of everyone who matters in arts & culture, from Scorsese to Stormzy…"

Naga responded: "One of the best creative wordsmiths/journalists I've ever had the honour to work with – And above all, a [expletive] decent person. Good luck @StephenSmithBBC x."