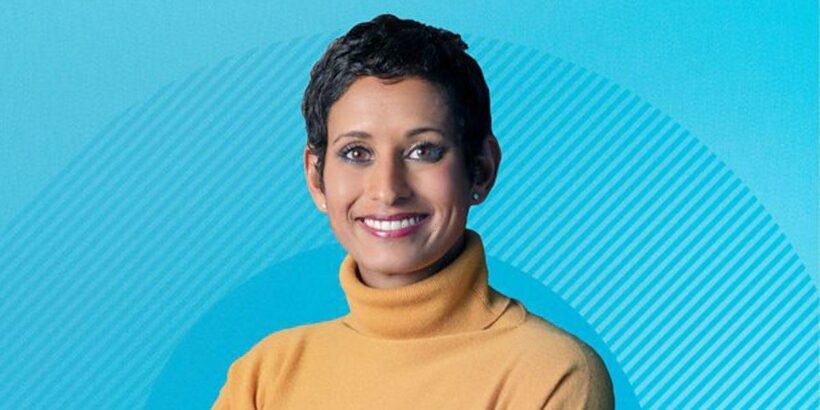 BBC Breakfast star Naga Munchetty has said she was refused entry from an events doorman for being "too scruffy", speaking on BBC Radio 5 Live this Wednesday morning (10 November).

The 46-year-old asked her radio show audience "have you ever been turned away from a club or restaurant because you just weren't wearing the right thing?"

Munchetty read how one man was refused entry to a restaurant in Manchester because his leopard print trousers were "too much".

Other humorous anecdotes from listeners came from a person turned away by a doorman for having a cat carrier because they had been to the vets.

Another listener, Mary, described herself as a "scruffy arts student" in the 60s, who was chucked out of Harrods with her friends.

The BBC host said: "I have been refused [entry] – I did get in – for being too scruffy once, for not being dressed up enough – I don't think I looked scruffy."

A bouncer sent a text to the show and said it is far easier to say your dress code isn't right than to be subjective on the person being too drunk, under the influence or be an issue inside the event which can be inferred from the person's attitude or demeanor.

Another listener called into Munchetty's programme to give their funny anecdote of being turned away from a club in the late 70s, aged 18.

The caller, Jamie from Tunbridge Wells said: "I was a confused hybrid of punk, hippy and rocker," to which Naga Munchetty agreed "we all were at that age."

He continued: "I was wearing a sports jacket, I had tights, everything was four sizes too big for me… And the bouncer said 'sorry mate, but am doing you a favour'.

"All my mates had got in… so it was a bit embarrassing, I had to find my way home."

Dress code policies for venues are now very popilar with smart attire being one of them.

Munchetty concluded her segment with its not necessarily all about how you dress, but your attitude.