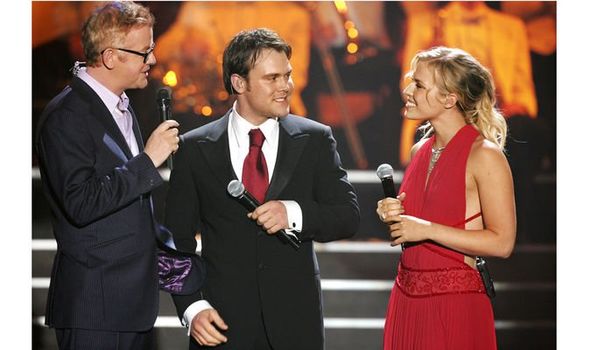 “LOOK at my ‘proud sister’ smile as I look towards my older brother Daniel. This photo was taken just after our joint 2005 BRIT Awards performance of Chaka Khan’s Ain’t Nobody. That performance was one of my favourites and, just thinking about it, still gives me goose bumps.

It was a really special night because we were there as brother and sister and able to sing together. One of the things we were thinking about as we went out on stage was when Michael and Janet Jackson collaborated to sing Scream in 1995. We wanted to sing it like them – like we were in a battle, going back and forth with that same energy.

Our friend David Arnold did the music for the performance, and he’s the man behind some of the Bond music, so it had a real drama to it with amazing drummers and live strings. And both my brother and I are large characters on stage so we were trying to make ourselves a little smaller for each other to let the other shine. 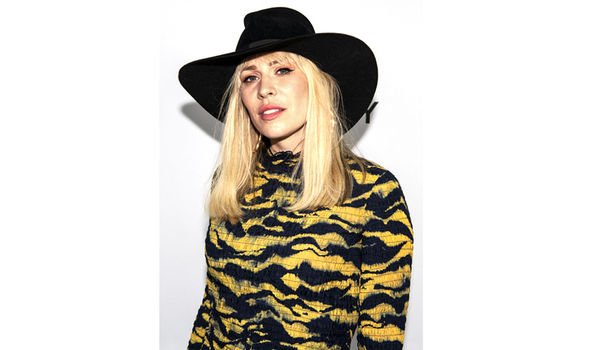 Growing up, I honestly didn’t imagine it ever happening. We didn’t even listen to the radio – our parents said, ‘You can watch these Disney movies and that’s it.’ Maybe that’s what the secret is.

We also grew up in the church, where music is a huge part of religion and really helps people to connect spiritually. We’ve always thought of it as a vehicle that takes you somewhere. We’d go on car rides and always sing in harmonies. Daniel definitely trained my sister, Nikola, and I how to do those and he’d be the first to tell us if we were out of tune.

Another of my biggest memories from childhood is Daniel walking around the house beatboxing all the time, even when he was supposed to be loading up the dishwasher. We all experimented with our voices constantly. Looking back, I feel so sorry for our neighbours as we must have been the loudest family to live next door to.

And we were always close. There are four of us siblings and we all have that type of relationship. But Dan is two years older than me and there was something about being the first two. They say girls mature quicker than boys, so at times we felt like we were twins.

Then, as we got older, it was very unique and special that I had a brother who was already in the music industry. Daniel had worldwide hits before I was even on the scene and, when my music blew up in 2004, I felt very grateful to him for paving the way.

It was great that I had someone who I could ask questions and he was also kind enough to let me use his incredible band. There’s a lot of love and respect there – everything I know about how to sing, I learnt from him.

Now, having gone through something so similar with our music, we’ve had great conversations about our experiences. One of the things we both share is a great desire to be authentic and true
to ourselves.

And on a personal level, it’s been so lovely to see Daniel as an uncle to my son Solomon, who’s two. It’s so interesting to see how a kid changes the dynamics of a family – all the way from his grandparents to his aunties and uncles.
Solo came into the music studio with me when he was four months old, so he already knows about music and is very musical himself. I think he probably thinks every mum and her family sings on stage.”

Natasha’s new single Together In This is out now. The lead track to new children’s animation film Jungle Beat: The Movie, it’s also out now to download.