Guitarist Neal Casal was  known for his thoughtful, patient playing style with groups like Chris Robinson Brotherhood, Ryan Adams’ Cardinals, and his own Circles Around the Sun. When he died in 2019, he left behind a meticulously organized creative archive. In addition to his work in bands and as a session musician, the New Jersey native released 12 solo albums and curated a collection of more than 25,000 photos.

Both artistic outlets figure prominently into the newly created Neal Casal Music Foundation, a 501c3 nonprofit that aims to put musical instruments, with lessons on how to play them, into the hands of children, and provide mental-health support for artists via the MusiCares and Backline organizations. Casal took his own life on August 26th, 2019, at the age of 50.

“If we can raise some money and help somebody get through their life as a musician, that would be the best legacy we could leave in Neal’s name,” says Gary Waldman, Casal’s manager and friend since the Eighties and the driving force behind the Neal Casal Music Foundation (NCMF).

Along with money from Casal’s royalties, funds raised during a September 2019 memorial concert, and an ongoing Kickstarter campaign, Waldman is seeding the NCMF with proceeds from a new tribute album and a book of Casal’s photographs. Highway Butterfly: The Songs of Neal Casal is a work in progress that assembles 30 artists to interpret Casal’s material. Steve Earle, Lucinda Williams, Phil Lesh, Warren Haynes, Shooter Jennings, and Marcus King are among the names already confirmed. Waldman hopes to have the album out next spring, while Tomorrow’s Sky: Photographs by Neal Casal arrives in November.

John Prine: The Secrets Behind His Classic Songs

Billy Strings, whose rendition of the Circles Around the Sun track “All the Luck in the World” for the tribute LP premieres today, witnessed both of Casal’s crafts firsthand. He cites a Nashville concert by Casal and Todd Snider’s band Hard Working Americans as an indelible memory and counts photos that Casal took of him performing onstage among his prized possessions.

“He had tasteful restraint. When I go up onstage and play, I just try to get it for everything I can and eat it all up. Neal was able to sit back and choose his notes so wisely. He had that in spades. He could craft a very musical guitar solo,” Strings tells Rolling Stone. “His photography will always stick out to me too. You got an insight into what his mind was like. He was such a beautiful person, a beautiful creative mind.”

Jennings says Casal was always the first player he’d call for session work. Jennings recalls a guitar solo that Casal came up with for “The Neverending Story,” a track on Jennings’ tribute album to electronic-music visionary Giorgio Moroder sung by Brandi Carlile. “As I remember, it was only a take or two. He had this in his head and made it jump around these crazy Giorgio chord changes with such ease, like a tightrope walker. He was the king of these kind of moments,” Jennings tells Rolling Stone. “He was so much more than a musician. He was a foundation layer, and I always wanted to include him in every musical dreamhouse I was building.”

Casal received his first guitar, from his dad, when he was 13 and committed himself to mastering the instrument. A child of the Eighties, he gravitated to heavy metal at first, but leaned into classic rock and eventually jam music after a mentor at the guitar shop where he worked advised Casal that he didn’t “need to be Eddie Van Halen,” according to Waldman. He met his future lifelong manager in 1987 and he landed Casal an audition for Blackfoot, the Southern-rock outfit led by Lynyrd Skynyrd guitarist Rickey Medlocke.

“I got him the audition when he was 18, and we went out to Ann Arbor, Michigan, where Blackfoot were based,” Waldman says. “Neal was so prepared, and he knew every subtlety, knew every tone, every background vocal. He had that ability.”

Casal spent most of the Nineties carving out a solo career, but received a profile boost when he joined the Cardinals, Ryan Adams’ rootsy backing band, in 2005. Together, they released a string of albums, including 2008’s Cardinology, and were the studio group for Willie Nelson’s Adams-produced album Songbird. Casal also played on Adams’ Easy Tiger and took the 2007 LP’s cover photo. In 2010, he released a book of photographs that captured the Cardinals on tour and in the studio. 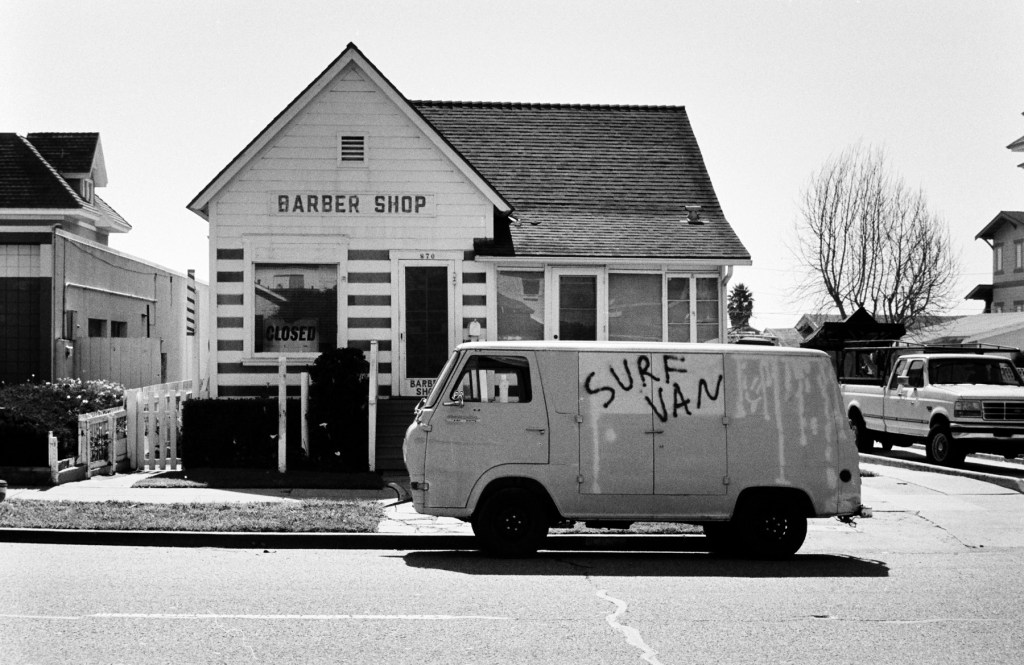 An upcoming book collects Neal Casal’s photographs from the road.

The upcoming Tomorrow’s Sky, edited by Jay Blakesberg, mixes similar music photos with images of surfing, a hobby of Casal’s, and snapshots from the road.

“He’d walk around with a camera in every city he went to and captured everyday life. He had a great eye,” Waldman says.

After the Cardinals disbanded, Casal joined Chris Robinson’s Brotherhood and popped up often with the Grateful Dead’s Phil Lesh, two associations that further endeared him to the jam audience. When the Dead staged their 2015 Fare Thee Well goodbye concerts, Casal composed the set-break instrumental music and launched the band Circles Around the Sun, with whom he played up until his death. His final performance was with the group at Lockn’ Festival in Virginia, where he wowed the crowd with a solo that may have looked off the cuff, but was most likely thought-out all the way down to the strings he threaded into his instrument.

“He thought about everything: ‘Why are these guitar strings the ones I want to use? Why this pedal?’” Waldman says, underscoring Casal’s dedication to whatever task was at hand. “In the letter he left when he died, he talked about when he was 10 or 11 and wanted to get into riding BMX bikes. He said, ‘I just worked harder at it than anybody.’”