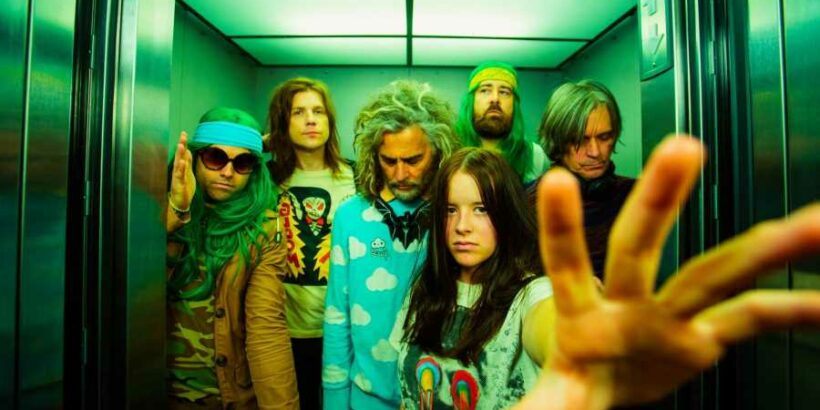 The Flaming Lips and 14-year-old singer-songwriter Nell soundtrack an expedition across a frozen tundra in the new video for their cover of Nick Cave and the Bad Seed’s “The Weeping Song.”

Nell and the Lips’ rendition of “The Weeping Song” keeps the original’s ominous and moody vibe, but arguably leans into it even more. The tempo is slowed and Nell’s plaintive lead vocals drift in echoey layers over a steady acoustic guitar provided by Nev Cottee.

The video for the cover was shot in Nell’s hometown of Fernie, British Columbia, and it follows her as she treks through the snowy landscape and observes a troubled father-son relationship. “The video for this song needed to show some people going through some stuff, and my part is a girl on a journey kind of observing,” Nell said in a statement. “It’s maybe a broken family with the dad and son struggling. The mountain top scenes were accessed via snowmobile, deep into avalanche territory. We had to get kitted out with safety gear. It was an adventure!”

Nell and the Flaming Lips’ cover of “The Weeping Son” appears on the collaborative Cave tribute album they released last fall, Where the Viaduct Looms. The unlikely collaboration came about after Wayne Coyne kept noticing a 12-year-old Nell, dressed in a parrot costume, in the front row of Flaming Lips shows, singing every song with her parents. Coyne kept in touch with Nell and her dad, and as Nell learned to play guitar and write her own songs, the idea of a collaboration came about. After a planned trip to work with the Lips in Oklahoma was disrupted due to Covid, Coyne suggested Nell cover some Cave songs, send the files back to him, and the Flaming Lips would back them up.

“It’s always great to meet excited, young creative people,” Coyne said. “With Nell we could see she is on a journey and thought it would be fun to join her for a while and see if we could get things going. It was a great way to connect with her and help harness her cool attitude to making music.”