For years there have been rumours that Nick Grimshaw and Harry Styles must be dating because… ermmm, they hang out and banter together and there’s a bit of an age gap and people just can’t process that without adding a romantic/sexual context, we guess.

As if the lack of photos of them holding hands, kissing, etc. weren’t enough, the BBC Radio 1 DJ has now stated point-blank whether or not he is dating – or had ever dated – the former One Direction star.

“No, no. Not at all,” he told The Sun‘s Dan Wootton for his The Dan Wootton Interview podcast. “It was an odd, odd thing to happen. 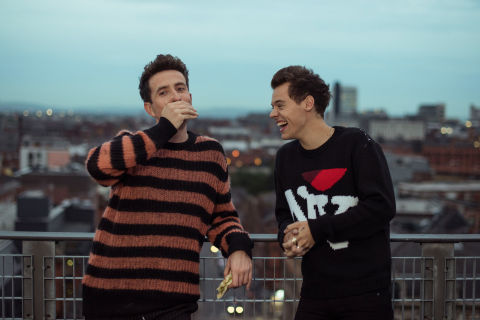 “It wasn’t very weird at the time, it’s weirder now. At the time, you’re just getting on with your life and you’re doing the radio and just hanging out and you’re like, whatever.

“But it was weirder when he came on to do the solo stuff and I started doing my Harry research, writing questions and stuff, and when I Googled him I was like, ‘This is actually a thing!'” 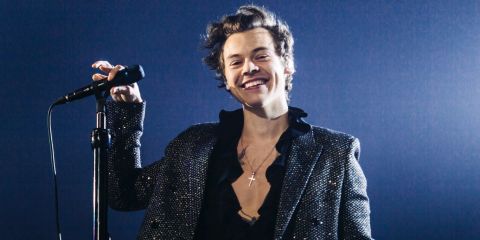 When asked why he thinks people thought they were together, Grimmy said: “I don’t know if it’s because we were both Northern and had quite a similar sense of humour and because he was down in London and away from northerners and friends and family and we all just ended up hanging out together and getting on.

“I think that people assumed that because I was gay and he wears like floral shirts that he must be gay, and they were like they must be going out with each other. 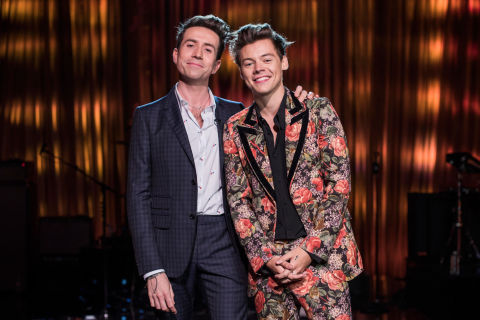 “But I don’t know, it was something we never actually discussed together.”

Grimshaw also recalled a time where a fan asked if he was actually the father of the ‘Sign of the Times’ singer, before pointing out that there was only nine years difference between the pair.

Earlier this week, Grimshaw announced that was stepping down from hosting Radio 1’s breakfast show, with Greg James stepping in to take over the iconic show.