Recent Nicki Minaj headlines have not been that great, but her dedicated fans are always on her side. After Minaj’s marriage to an alleged sex-offender, the backlash was swift, but it hasn’t stopped her from releasing music and other projects. In fact, Minaj just made history as the first female rapper to earn a net worth of over $100 million. 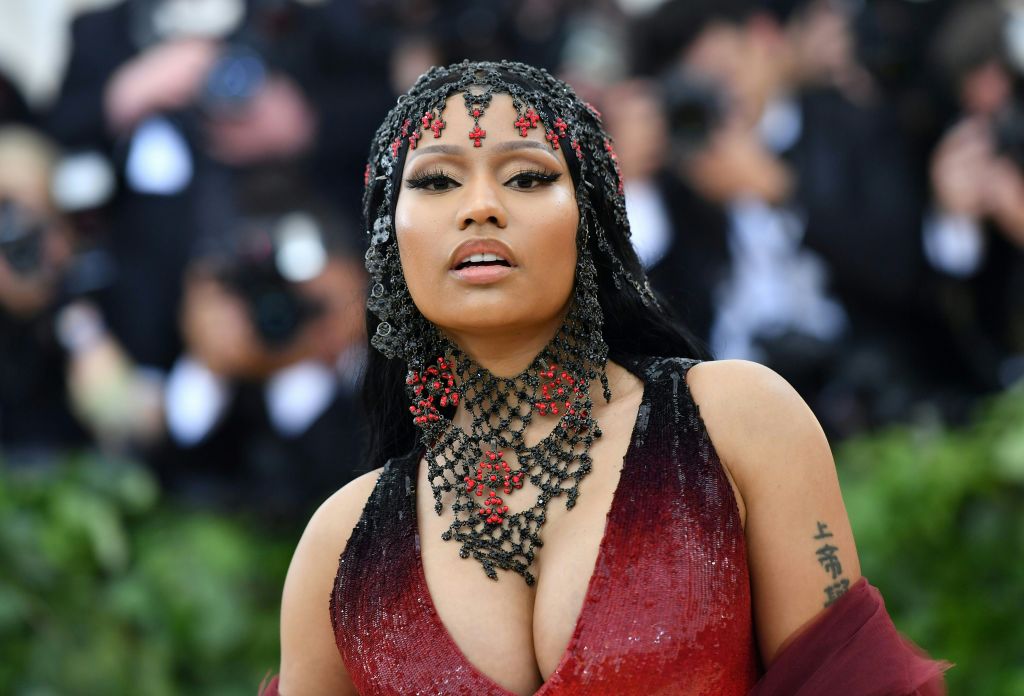 Minaj’s rap label, Young Money, posted to their Twitter page that Minaj has made history as the first female rapper to have a net worth of over $100 million. The announcement came during Women’s History Month, making it all the more special.

The Twitter account also noted that Minaj is among a list of rappers who have the most monthly listeners on Spotify, with over 48 million streams. Drake, Minaj’s labelmate, is slightly above her with a gap of 450,000.

The Queens-born rapper’s career spans over a decade. She announced her retirement from music in September 2019, sending fans into a frenzy. She put fans at ease after talks of retirement with a feature on PnB Rock’s “FENDI.” Minaj also released her own track, “Yikes” early in 2020.

Minaj’s historical feat is significant. Though there are other female rappers who have amassed a fortune similar, Minaj is the only one to have done so primarily in music. Others, such as Queen Latifah and Eve, both started out in rap but transitioned into other entertainment areas such as acting and hosting. While Minaj has done the same, she’s primarily stuck to music and touring.

B4 my 1st album dropped I had the pleasure of collaborating with the LYRICAL GREATS. Lil Wayne had already been on my mixtapes. I performed this on Jay & Em’s tour along w/Ye @ YANKEE STADIUM. I was so nervous. HAPPY BIRTHDAY MONSTER‼️‼️🎀‼️‼️ gold teeth & fangs- BEEN DID DAT🗣🗣🗣🗣 #ThePinkprint

Her first two albums, Pink Friday and Pink Friday: Roman Related both reached number one on the Billboard US 200 charts, as well as in several other countries. Her work expands outside of her own records as she’s had dozens of features with other artists throughout her music career thus far, including with her label head Lil’ Wayne, her ex-boyfriend Mill Mill, Jay-Z, Ariana Grande, and even gospel singer Tasha Cobbs.

Outside of music, Minaj has had guest roles in several hit films, including The Other Woman alongside Cameron Diaz, and Barbershop: The Next Cut alongside Ice Cube. She’s also lent her voice to animated the animated features Ice Age: Continental Drift and The Angry Birds Movie.

Minaj also had her own fragrance line and partnerships with fashion brands. She started her podcast, Queen Radio, in August 2018, which after a slow start has become one of the most popular podcasts today.

Minaj has also delved into charity work, pledging $25,000 in Feb. 2020 to St. Jude’s Home for Girls in Trinidad, where she’s originally from.

The Insider also reported that Minaj was secretly donating thousands of dollars to villages in India in 2017. She reportedly got involved through her pastor and the money she donated helped build wells and educational centers for villagers. She’s also paid college tuition for fans and students who’ve performed well academically in the past.