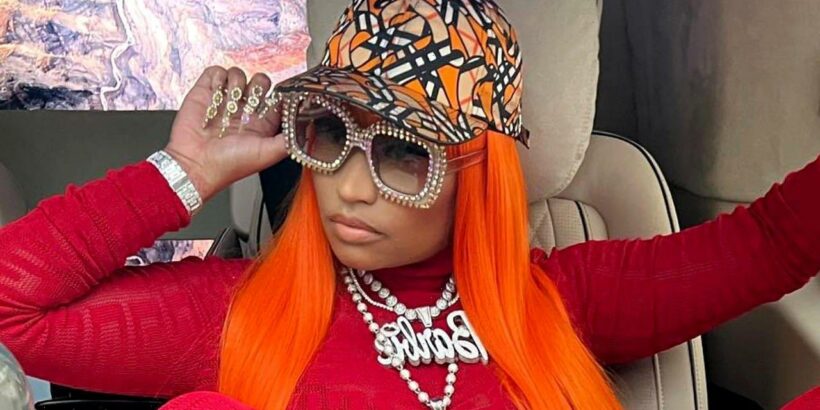 Last week, the Harajuku Barbie called out the Recording Academy for allegedly putting her hit ‘Super Freaky Girl’ in pop categories to make room for Latto’s ‘Big Energy’ in the rap categories.

AceShowbiz -Does Nicki Minaj really have “less of a chance to win” this year’s Grammy Awards? After the Trinidadian aired out her frustration after the Recording Academy allegedly put her hit “Super Freaky Girl” in the Pop categories, it’s now unveiled that she’s “listed five times” in Rap categories.

Some of the Harajuku Barbie’s music will still have the chance to win a Grammy Award in the rap division, according to Grammy voters who’ve received their ballots, per Variety. It’s said that her other songs appear in rap categories, just not “Super Freaky Girl”.

“Grammy voters who’ve received their ballots tell Variety that Minaj is in contention in the best rap performance category for another song of hers, ‘Do We Have a Problem?’, which has a featured appearance from Lil Baby,” stated the publication’s senior music writer Chris Willman.

“The Grammys’ rap screening committee apparently considered this more of a true [Hip Hop song] and ‘Super Freaky Girl’ more Pop in nature, splitting the difference,” Chris added. According to him, Nicki appears eight times on the Grammy ballot. “Super Freaky Girl” remains in the Pop category. The Recording Academy listed Nicki five times in rap categories. She also has the chance to earn two nods in the music video section.

Last week, Nicki expressed her frustration during an Instagram Live session, saying her track has been placed in a category where it has “less of a chance to win.” The 39-year-old artist alleged that Grammy organizers moved the song from the rap category to pop “to give newer [rap] artists things that they really don’t deserve.”

” ‘Super Freaky Girl,’ where I only rapped on the song, was removed out of rap categories at the Grammys and put in pop,” so said Nicki. Continuing to vent in the livestream, the “Super Bass” artist believed that there’s “an agenda” against her in the music industry and a “concerted effort to give newer artists things that they really don’t deserve over people who have been deserving for many years.”

“The people who control a lot of things behind the scenes, they have to elevate someone that they profit off. So they must move the goalposts for me all the time,” Nicki suggested. “Why is the goalpost only ever moved when it’s Nicki? Well, I’ll tell you why. They don’t want the people who they have in the industry to have to go up against me.”

Nicki later said that she believes her song may have been moved to make room for Latto (Mulatto)’s “Big Energy” track in the rap category. “If ‘Super Freaky Girl’ is pop, then so is ‘Big Energy’,” Nicki insisted. “If you move ‘Super Freaky Girl’ out of rap and put it in pop, do the same thing with ‘Big Energy’. Same producers on both songs, by the way. So let’s keep s**t fair.”