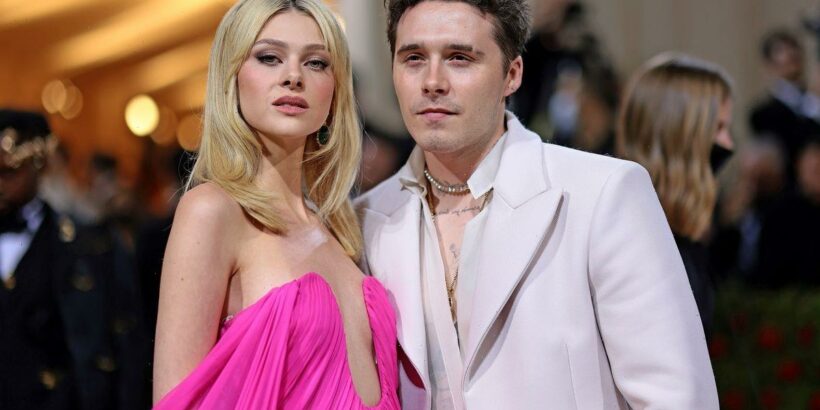 Nicola Peltz has savagely cut her new husband Brooklyn Beckham from appearing as an extra in her new film.

The actress has directed and is starring in the movie Lola James and Brooklyn, 23, begged her for a small part in it.

She initially said yes but after hearing him speak in the movie, he was out.

Nicola, 27, confessed she “laughed so hard” when she heard him speak but it is believed Brooklyn still has a few silent cameos in the film.

She said she wrote the film when she was 23 and after her new husband, who has recently launched a career as a celebrity chef, asked if he could be in it she agreed but said they would “have to disguise him”.

“So he did a few parts in the background, which if you pay attention, you can find, but in one scene he’s like ‘Can I put the mike on, I wanna say a line?’”

But after seeing his performance Nicola brutally sliced him out… while he was right next to her.

She added: “I ended up cutting him out! He sat there, in the editing room, and he was like ‘Did you really just cut me out while I’m sitting here?’ I was like, ‘Yes I love you so much!’”

The pair were wed in a star-studded ceremony in Palm Beach, Florida, in April this year.

And while Nicola and Brooklyn were initially often spotted holidaying with his parents, news of a bitter feud between his new bride and mum emerged.

Nicola said that Victoria refused to make her wedding dress despite initially agreeing to.

In a damning interview with Grazia US, Nicola said: “I was planning on wearing Victoria's wedding dress and I was truly so excited to be able to wear a design that my future mother-in-law created.

However, “a few days went by” and nothing happened then Vicks called Nicola’s mum to say the plan was off.

Nicola, 27, continued: “Well, unfortunately, this can't happen, so what's the next step?"

Victoria was said to be “seething” about the claims because it was apparently politely made clear “very early on” that her atelier would not have time to make the dress.

The former Spice Girl is also a bit “bemused” that the young actress is “stoking the rumours of a feud”, according to a source.

However, it is now believed the so-called row has been resolved as Nicola attended Victoria’s fashion show last month and also said that “no family is perfect” but insists there is no “feud”.