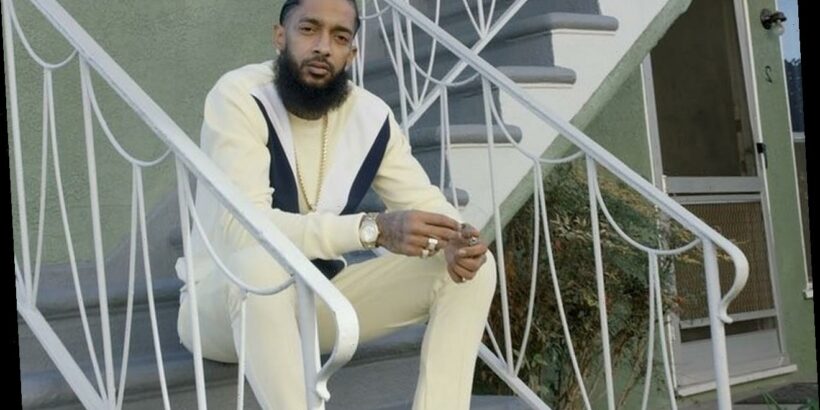 According to one of his collaborators, the ‘Victory Lap’ rapper had a long discussion about what he was going to do next after releasing his debut studio album in 2018.

AceShowbiz –Nipsey Hussle had two more albums in the works before his death.

The “Double Up” hitmaker – who was fatally shot in March 2019 aged 33 – had a long-term career “mission” in mind after releasing his sole studio album “Victory Lap”, and spent an hour discussing his plans with Dead Prez member Stic.Man.

Speaking on the “Juan Ep Is Dead” podcast, Stic.Man said, “I had a conversation with Nipsey Hussle before he passed. We had an hour-long conversation about what he had been trying to do up to that point as an independent, and how he wanted his situation to be with Atlantic. He had made it to some certain personal goals he had. What he wanted to talk to me about was his three-album mission.”

According to Stic.Man, the trio of albums began with “Victory Lap”, then there would have been a second record, and Nipsey planned to complete his contract with Atlantic Records with a final LP titled “The Spook Who Sat by the Door“, in honour of Sam Greenlee‘s 1969 novel of the same dame.

Nipsey had called Stic.Man because he was seeking permission to “redo” Dead Prez’s 2000 debut album “Let’s Get Free“.

“He told me he wanted to redo Let’s Get Free, and wanted our permission,” he recalled. “He really wanted our permission to sample, and really redo it for what he called his generation. And all the admiration he had for that record, we just had a heart-to-heart back and forth. Obviously, we didn’t get to go there, but I want to speak to the heart Nip had.”