The Best Rap Album category at the Grammys has an odd history. It tends to reward the same artists again and again: Since 2000, Eminem has won a ridiculous six times, while Kanye West took home the trophy at four separate ceremonies, and Kendrick Lamar has already won three more. In addition, the nominating pool tends to include the rappers who enjoy the most commercial success — Drake (5 nominations since 2011), Jay-Z (3), Nicki Minaj (2). This means there isn’t much room left for new artists, especially if they don’t have a platinum plaque.

But when the 2019 Grammy nominations were announced on Friday morning, there was Victory Lap, the latest album from L.A. veteran Nipsey Hussle, right next to top-sellers from Cardi B and Travis Scott. Hussle spent years operating independently before releasing Victory Lap in February in partnership with Atlantic Records. It’s a polished homage to classic Los Angeles rap and it has quietly sold over 160,000 album-equivalent units this year without a major hit, according to Buzz Angle, which tracks music consumption.

Rolling Stone spoke with Nipsey Hussle about how he fought past “a plateau on the indie level” and the value of his Grammy nomination.

Did you know this nomination was coming?
You hear things, but I intentionally didn’t feed into nothing until the official announcement. I wouldn’t want to anticipate something and then get let down. I caught the official word 5:30 this morning at the gym. I been working on an early morning program. Me and my engineer and one of my business partners have been getting up at five and going to the gym the last two or three days.

When you were working on Victory Lap, did you have Grammys in mind?
My producers, like Mike & Keys, have been on Grammy nominated albums prior to working on mine. So when they would start that talk, I’d be like, ‘Chill out.’ That ain’t really what the spirit of the project was. It was more trying to deliver on our potential as producers, writers, rappers. We knew we had potential to make dope, next-level rap music. So when they started the Grammy talk, I’d be like, ‘Don’t do that.’ We don’t want to judge the success of the album based on whether it gets recognized or not. I want to create in a vacuum.

But when we listened back to it and heard the quality of the production, there are life stories on there. You look at other albums that have been recognized in the past and you see the same quality. I know it’s my music, and I’m close to it, but I’m a fan of hip-hop, and I know what good rap music sounds like. There are moments when I’m listening to the third verse on “Blue Laces 2,” and I’m like, damn, this is like an Eminem “Stan” type of storyline, this is like Illmatic “One Love.” It reminded me of moments I’ve had with classic rap albums.

“We don’t want to judge the success of the album based on whether it gets recognized or not.”

I also heard, I could’ve done this a little tighter. I could have added something here. But if rap music still means anything, I thought people were going to love this. I know the streets gonna love it. But people who love hip-hop, the art of storytellin’, the underdog, banging production, they gonna love this album. On release, I felt that love. End of the year looking back, especially after this, I see the response. 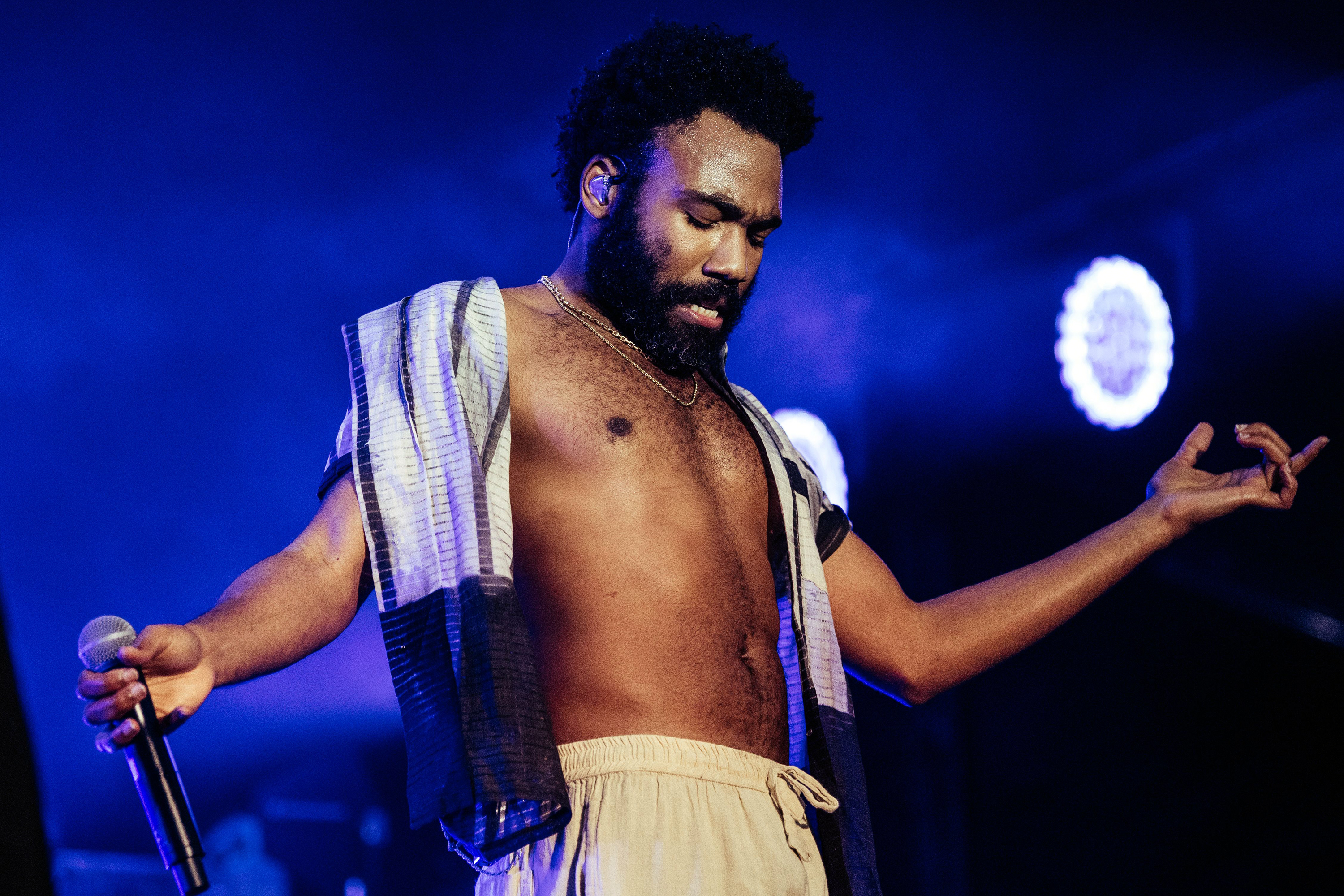 A Good Music Video Can Get You a Grammy Nomination

The Grammys Love Hip-Hop Now, But It’s a Strained Relationship

Did you have to advocate on your behalf with the Recording Academy?
We did a promo run, a radio run, the Recording Academy, that’s part of the due diligence when you release an album. Shake hands, let everyone know about the music, put a face to it, see who’s in all those offices.

The Recording Academy has been criticized for its treatment of rap in the fast — do you think it’s getting better?
It would be convenient for me to say yeah, now that they recognized my album. They’re doing great! They got it together!

It’s people. It’s opinions. Those opinions can deliver a really prestigious award to an artist, but it’s just opinions at the end of the day. There are a lot of great hip-hop albums. Sometimes they get recognized, sometimes they don’t. I feel like Jay Rock had an incredible album this year. I feel like Beyoncé and Jay-Z had an incredible rap album also. If anything, I’ll say maybe they should think about expanding the number of artists that can go in the rap category. Rap is expanding, and it’s already so big — it’s the most consumed genre on streaming. So maybe they would consider expanding the amount of nominees. But everything evolves.

In recent years, the primary West Coast rap albums to get nominations have been the TDE releases from Kendrick Lamar and Schoolboy Q — do you feel like this is an important step for wider recognition of West Coast rap by the Recording Academy?
You know what’s crazy, bro? We came up with TDE. As competitive as rap is, and as much as we’re trying to exceed the standards we set for ourselves, we take their wins as our wins too. But one thing I’m really proud of is, we did a partnership with Atlantic Records, my company, and this is our first release under that partnership. It got recognized as one of the best rap albums this year. That means a lot as an executive. I’m an owner, I’m involved in the marketing, the business of it. So I celebrated on that level as much as I do as an artist.

And my business partner and one of my homeboys, Fatts, he got murdered right before the release of this album. But he was there for everything with Nipsey Hussle, day one, transitioning from the streets to music. Up until a month before the album came out, he was campaigning and pushing with us. So to see his work that went into this deliver and get recognized, that’s a win too.

You were independent for a long time, what led to the Atlantic partnership?
I was trying to make progress with every release. It got to the point around the last couple mixtapes, Crenshaw and Mailbox Money, where I reached a plateau on the indie level. A lot was accomplished in my mixtape career. But I still needed a few things: I needed to be recognized. I need to have radio. I need to have a real retail machine that can get us where we need to get that. That’s why we did the partnership. As an indie artist, we didn’t have relationships with the industry operation. So it was like, what’s the most strategic, effective way to do the next thing we want to do? There were things we felt like we were capable of doing that being indie was preventing us from doing.

I’d watched Atlantic over the last five, six years. I had talks with Craig early on, 2010, 2011, about what I was doing. Atlantic is kind of a boutique operation in the scheme of things. Most of their artists become household names over there. And I know the track record of Julie [Greenwald, Atlantic’s chairman/COO]. I know the track record of [Michael] Kyser [another high-ranking Atlantic executive]. I know the track record of Craig. I know what they did before they were at Atlantic. I know when they stood with their artists. When T.I. went through what he went through, I saw how Julie stood with him. And Steve-O [executive producer of Victory Lap] said this is where you should do your deal. I trust him.

Was it hard to build awareness at radio with “Last Time That I Checc’d”?
Over the years when I had songs that I tried to take to radio, they were like, we’re just waiting on the one to really support. What that translates too was, I need a team, and the records need to come through the traditional pipeline. The radio team at Atlantic walked us into those stations. We got a full marketing budget behind the album. Then it’s a movement that radio feels they can play a part in, instead of them feeling like they are the only force that’s giving a song or a project life. It was partially that, and also it was a strong song. But I know there were other factors involved.

Have you listened to the other albums in the rap category?
I heard everything as it came out. That’s another thing that’s crazy: 2018 will go down as one of the best years in rap music. And to be nominated as one of the rap albums in 2018? This was a dope year for rap. Everybody, whatever it is that they do, they delivered it on a high level. Look at Pusha-T. He makes a certain type of rap music. Daytona is that on the highest level. I heard him say that in an interview, but I feel the same way.

Why was this year such a good year for rap?
Music inhales and exhales sometimes. I think we were inhaling for a couple years. This year, we all exhaled it out, from the legends to the new guys to people like us who have been in it for a minute and are turning a corner to having a new career now. Everybody showed up. It’s a great playing field to be judged on.