The news-making thing to do in 2018 for classic rockers of a certain age is to call it quits.

Or at least say you're planning to – once that one last tour is under your belt. Over the winter, Elton John, Paul Simon and Joan Baez all announced they were hanging up their rock'n'roll (or folk) shoes. 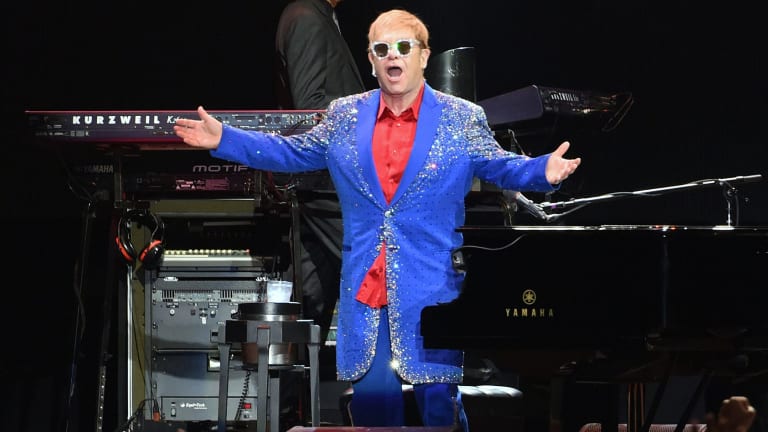 Elton John: Still standing but for how much longer?

Taken together, the announcements – along with others, like Ozzy Osbourne – send a warning to the concert industry.

For years, many of the biggest touring acts have been old reliable Baby Boomer rockers like the Rolling Stones, Bruce Springsteen and Tom Petty, who remained huge decades after scoring their biggest hits. Those acts continued to command broad audiences in part because they rose to popularity when the culture was more unified than it is in the niche-oriented digital age.

But those old heads are not going to be around forever. That reality was underscored by the loss of stars like David Bowie, Prince and Petty in recent years, and the grieving their deaths inspired.

And as the ageing step aside – if they ever really do – is there a next generation ready to step up and fill seats in arenas and stadiums?

Before we get to that question, let's consider another: Can marquee acts with name-brand drawing power ever be trusted when they say they're going to retire?

Back for an encore

Superstar music-makers have been threatening to exit since the beginning of time, it seems, but somehow they always find their way back.

Frank Sinatra retired in 1971, then released Ol' Blue Eyes is Back two years later. Jay-Z announced he was done with The Black Album is 2003 but returned with Kingdom Come in 2006.

And, of course, the most egregious offenders are the Who, who first claimed they were saying goodbye for good in 1982, and Cher, whose Farewell Tour in 2002 eventually became the Never Can Say Goodbye Tour and then … well, she never could say goodbye.

Walking away from the sense of purpose – and the adulation – that comes with entertaining thousands of fans every night isn't easy.

There's a reason Bob Dylan's ongoing trek is called the Neverending Tour and Willie Nelson is still pretty much living on his hemp-powered bus as an octogenarian.

And for every act that makes noise about calling it quits, there are two that refuse to go quietly. Walter Becker died in September, but Donald Fagan isn't done with Steely Dan.

Fleetwood Mac kicked Lindsey Buckingham out of the band this month, but their tour will go on, with Neil Finn of Crowded House and Mike Campbell of Petty's Heartbreakers taking his place.

Scepticism abounds. As now 74-year-old Randy Newman told the Telegraph in 2015: "Musicians keep going. There is nobody applauding at home."

Neil Young called the trend "bull—-" and told Rolling Stone, "When I retire, people will know, because I'll be dead."

Kidding aside, there's a seriousness to the retirement business this time that has to do with chronology and impending mortality. Baez is 77, Simon is 76, and John, whose final jaunt is planned to last three years, is 71. Another hard-touring attraction, Neil Diamond, 77, announced in January that he will no longer hit the boards after being diagnosed with Parkinson's disease.

The gruelling nature of touring is bound to take a toll, as it did on Petty and Prince, whose deaths were painkiller-related. It makes sense that acts like John would park themselves in residencies in Las Vegas, as he has in recent years with – who else? – the Who scheduled to take his place this year.

And though Springsteen's compulsion to perform hasn't let up at 68, he's found a way to minimise his travel by settling in with a 15-month stint on Broadway.

So, to borrow from a George Jones song, who's gonna fill their shoes? The question has arisen during several recent shows at the Wells Fargo Centre in south Philadelphia that had lots of empty seats.

Last northern autumn, Canadian band Arcade Fire, who have carried themselves like heirs to U2 for years, played the arena and put on a terrific arena-size show, with one problem: There weren't nearly enough fans to fill the arena. More recently, both Lana Del Rey and Lorde held concerts at the venue in which the upper deck was entirely unsold.

(Speaking of U2, the veteran Irish rockers are still more-than-one-night-at-an-arena-size after nearly 40 years in the business. And, like 1990s grunge survivors Pearl Jam, their meaty, earnest rock shows no signs of slippage when it comes to drawing power.)

The smaller-than-optimal crowds didn't seriously mar the shows. All who came got their money's worth. But it also served as a reminder that while the concert industry as a whole is going like gangbusters – a record $5.65 billion in global ticket sales came in last year – the need to replace the old heads on their way out isn't going as smoothly as might have been hoped.

On one hand, the dearth of new headlining acts has been masked by the preponderance of music festivals. At events like Firefly – which takes place in Delaware in June with Pulitzer Prize-winning rapper Kendrick Lamar as one of its headliners – and Made in America, which happens in Philadelphia in September, 50,000 people or so can be lured by the value equation of seeing a dozen or more bands in a single day, and more in a weekend.

On the other hand, while some acts struggle to fill arenas, there's a group of next-generation headliners that are huge draws.

Among those are arena-size rappers like Lamar and Kanye West, who recently announced a new album and who appears ready to tour again. Larger still are acts like Coachella-conqueror Beyonce. The list also includes Taylor Swift, country star Kenny Chesney and Swift's buddy Ed Sheeran.

What all those acts have in common is they don't play rock: they're hip-hop, pop and country stars. After generations in the spotlight, soon-to-be-on-their-way senior citizen Baby Boomer stars like John and Simon are finally seeing their epic careers coming to an end and are yielding the communal space to a diverse group of voices.