As the lead singer of L.T.D. in the second half of the Seventies and then a solo act with more than a dozen R&B hits, Jeffrey Osborne has enjoyed his fair share of commercial glory.

But pop music tends to reward youth, so like many older singers — Osborne is now 70 — the former L.T.D. frontman has trouble keeping his new music in the public consciousness. “People come up to us and say, ‘You know, you haven’t had a record in years,’” Osborne explains. “I’m like, ‘Dude, I’ve got a record out now.’ That happens to all of us. It’s just that we don’t get any airplay now. The airplay we get is ‘Jamming Oldies.’”

This year, however, Osborne managed to transcend Jamming Oldies: For a time, his single “Worth It All” was reaching around two million listeners a week thanks to the support of the radio format known as Urban Adult Contemporary or Adult R&B.

And Osborne is not the only singer in his age group enjoying moderate success in this space, which caters primarily to black listeners between the ages of 25 and 54. Adult R&B has also been playing “Fine,” a stepping-ready single by Lenny Williams, a 73-year-old veteran of Tower of Power, “You and Me Together, Forever,” a romantic ballad from L.J. Reynolds, the 66-year-old singer who once led the vocal group the Dramatics, and “Love Like Yours and Mine,” a comeback single from the 67-year-old Peabo Bryson.

“The one common denominator is that even if you had a big song 20, 30 years ago, until you have that next hit, that song that is radio friendly and accepted by radio and the public, that is when you are welcomed back,” says Jesus Garber, a longtime radio promotions veteran who campaigned on behalf of Osborne’s new single. “But as far as the artist is concerned, they never went away.”

Osborne’s last major hit was “Only Human,” a big-old-we-all-make-mistakes ballad that reached Number Three on the Hot R&B/Hip-Hop Songs chart in 1991. But for the last decade plus, the singer has not been releasing new songs. “I’ve had a couple of albums where I covered some R&B songs and then I covered some jazz, but this is the first time I’ve done some original material in 13 years,” he says.

R&B has changed a lot just during that period, and it’s wildly different than it was when “Only Human” was on the charts. “You don’t see many songs that have a bridge and a hook today,” Osborne points out. “Everything’s written off the verse and they just change the vocal melody [during the chorus] — musically it doesn’t go anywhere. When I was recording, things were dry. Today, everything is just wet, full of echo.”

Garber came up with a plan to help Osborne fit into the “wet” modern world. “I knew the radio people in America that their batting average is very high, so I asked them to put an ear to [the new album],” Garber says. The high-powered focus group narrowed the choice of single down to “Worth It All,” but, “they said it needed to be remixed and updated so that it would be the sound of 2018.”

Osborne’s team enlisted Gregg Pagani — who co-wrote massive Urban AC hits like Charlie Wilson’s “There Goes My Baby” and Johnny Gill’s “This One’s For Me and You” — to tweak the original. The primary change is in the drums: The album version of “Worth It All” is beat-less, but Pagani’s version ticks and rattles like everything on the radio.

This had exactly the intended effect: “Worth It All” rose to Number 12 on the chart. “Radio people basically make an opinion in the first ten seconds,” Garber says. “If you come to them and say, ‘remember that song that I played for you six months ago? I just did a remix,’ the problem is they’ve already formulated an opinion. And, if that opinion was not favorable, it’s still hard to get over that first impression.” 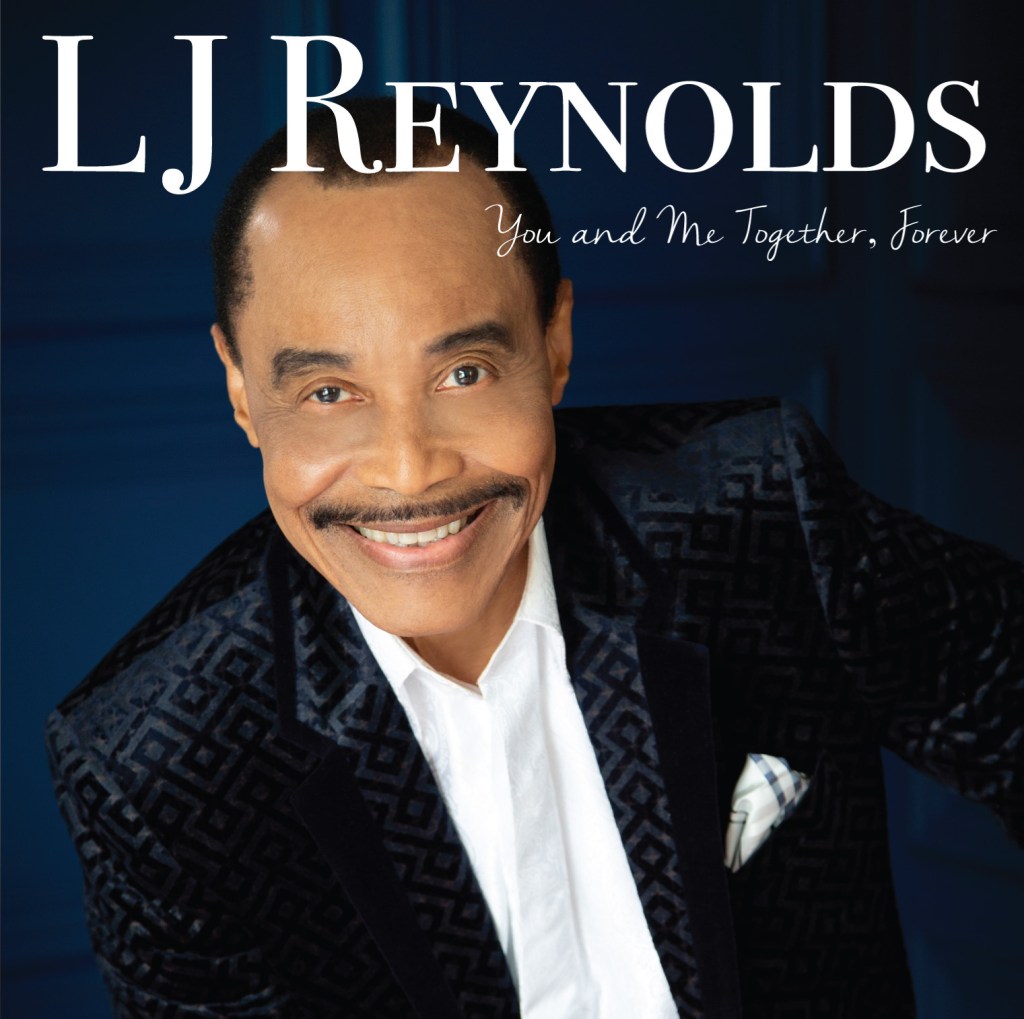 L.J. Reynolds, best known for his work in the Dramatics, is hoping radio will play his new track “You and Me Together, Forever.”

L.J. Reynolds also knows the importance of a first impression. In 2012, when his “Come Get to This” single was a modest Urban AC hit, Reynolds got a call from the soul great Bobby Womack. “He said, ‘Wow, L.J., how did you get that record on the radio?’” Reynolds remembers. “I said, ‘Bobby, you got to go to the studio, and you got to leave that old guitar at home.’ If you don’t, what you’re going to get is an old sounding record!”

That’s not to say that “You and Me Together, Forever” is aggressively modern; this song sticks to the classic ballad form that has been in place since the Sixties. Reynolds is excited by the pick-up it has received so far at radio. “We had a little trouble getting the ‘Come Get to This’ record on there, but this one they seemed to take to it like a duck to water,” he says. “I’ve done at least 30 drops for the record throughout the country: ‘Hi, this is L.J. Reynolds, and here’s my new single, ‘You and Me Together, Forever’ on Mix 92.3 FM.’”

At the same time, the single is not moving quite as fast — or quite as far — as Reynolds had hoped. Radio stations keep a close eye on each other’s playlists, and program directors are often wary of taking a chance on a single if someone else isn’t already playing it. “You’re going to find some people that are going to say, ‘I’m not going to play it right now; I’m going to wait for so-and-so to play it,’” Reynolds says. “You wait for so-and-so to play it, but they might be waiting on you to play it! That kind of pisses you off.”

He encourages every radio programmer to give “You and Me Together, Forever” the courtesy of two spins. “If you listen to it one time you might not get it,” Reynolds says. “But, if you listen to it again, it’s going to get you.” 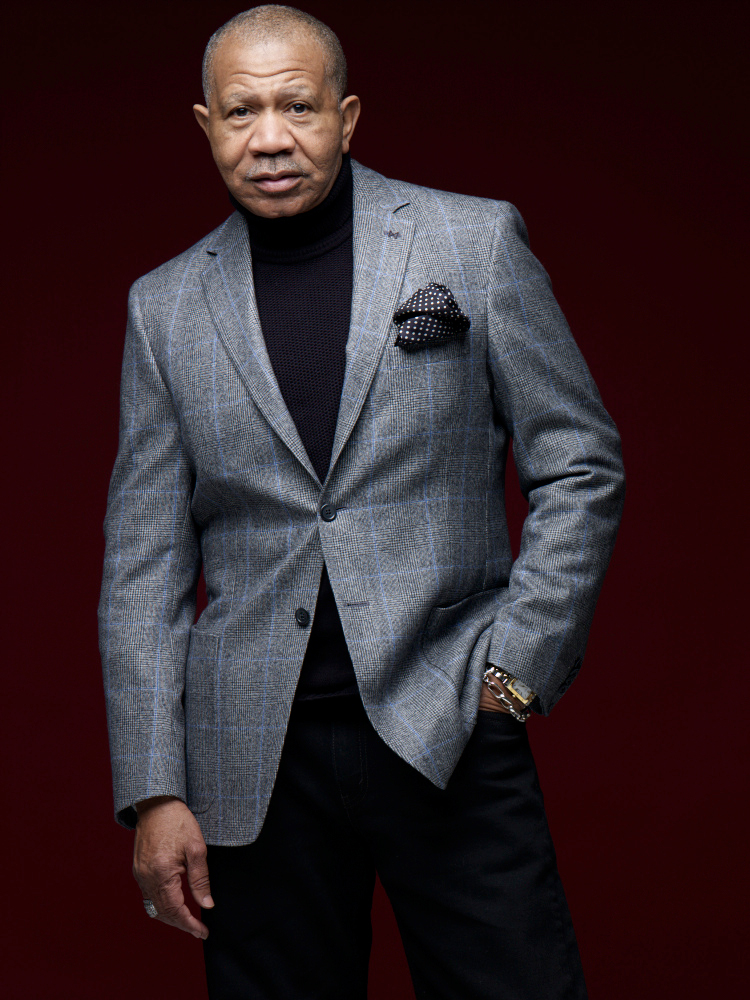 Lenny Williams, who enjoyed success fronting Tower of Power and as a soloist, is pushing a new single titled “Fine.”

Most of Reynolds’ peers are encountering similar frustrations. That’s because more and more singers are competing for fewer and fewer potential positions in radio playlists.

“There used to be a time when I was competing for space on Urban AC with the Temptations, the Isley Brothers, the O’Jays and people of that ilk,” explains Lenny Williams. Williams’ 1978 hit “‘Cause of You” still keeps him on the road year after year, but he’s trying to get listeners hooked on his new release, “Fine.” “Now, not only are you trying to compete for those few open slots with those people, you’ve also got the Mary J. Blige’s and all of those,” Williams adds. “So the ship is crowded. But we get out there and just try to wiggle our way in.”

It’s not just singers like Blige who are now operating in the Urban AC space. Recent Number One hits in the format include “Boo’d Up” from 24-year-old Ella Mai and “Best Part” by the 23-year-old Daniel Caesar. Since what’s known as “mainstream urban” radio mostly plays hip-hop, nearly every R&B singer, regardless of age, is vying for a spot in the Urban AC ecosystem.

This isn’t a bad thing: Young singers are important for the long-term health of Urban AC — or any radio format. “We need an influx of new listenership to keep the format alive,” says Kevin Fleming, a former record company and radio executive who now edits the Urban Buzz, a newsletter for urban radio professionals.

But at the same time, the fierce all-ages competition makes it that much harder for Williams and his peers to reach new listeners.  “What you run into at the [Adult R&B] format in this day and age is they want to stay as close as possible to what mainstream radio is doing,” explains Bill Evans, a senior promotions executive at Capitol Records. “When you’re approaching them with a Peabo Bryson record, initially we got some pushback because like, ‘hey, we’re Urban AC, but we’re still in touch, and we’re trying to lean younger.’”

In the end, Bryson’s single became a major Urban AC hit, reaching more than 10 million listeners a week. The positive reception of “Love Like Yours and Mine” has also boosted the follow-up, “All She Wants to Do Is Me.”

Osborne, Williams, and Reynolds haven’t been as lucky. But radio remains their only way of reaching a large audience. “People say, ‘well the power of terrestrial radio is diminishing,’ and that may be so,” Williams acknowledges. “But it’s kind of like a champion — you see a champion in any sport that may be losing a little edge, but they’re still the champion.”

Fleming is happy to see Osborne, Williams and Reynolds still making music and getting some radio play, even if they’re not going to the top of the chart. “They’re getting a second look, and that’s a great thing,” he says. “On the rock side, Aerosmith is still out there, the Rolling Stones are still out there. They don’t go away. So we shouldn’t go away either.”