One person has been left dead after a van ploughed into people following the PinkPop Festival in the Netherlands.

A police statement says a vehicle ran into people close to a camping site near the festival hours after Bruno Mars had performed to close the event, leaving one dead and three injured.

Authorities are still looking for the white van and driver, who fled the scene, according to BBC News. 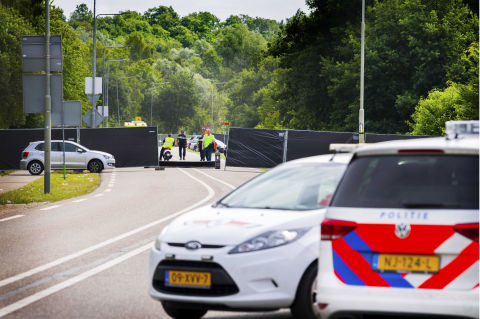 A number of festival-goers had been camping in the area overnight.

In a statement on Facebook, the festival said: “The organization of PinkPop is deeply shocked”, adding their thoughts were with the victims and their families.

According to RTL (via Metro), a trauma helicopter and ambulances were on the scene, as well as a heavy police presence.

“The bus is being sought,” a police statement said.

Tens of thousands of people traditionally attend the festival, which stretches over three days.

Bruno Mars headlined the event on Sunday Night, just hours before the incident.