Last year 27-year-old Melbourne-born Oscar Slorach-Thorn, who records as Oscar Key Sung, left Los Angeles, where he'd been staying, for Mexico City. His plan was to complete his debut album, return to LA and present the results to prospective record labels.

After getting a dozen tracks roughly finished, his attempted return to Los Angeles was thwarted by a change to visa laws. He weighed up returning home to Melbourne, but was worried that would leave him feeling defeated. Instead, he headed to Berlin, hoping to stay a month and play a few shows. 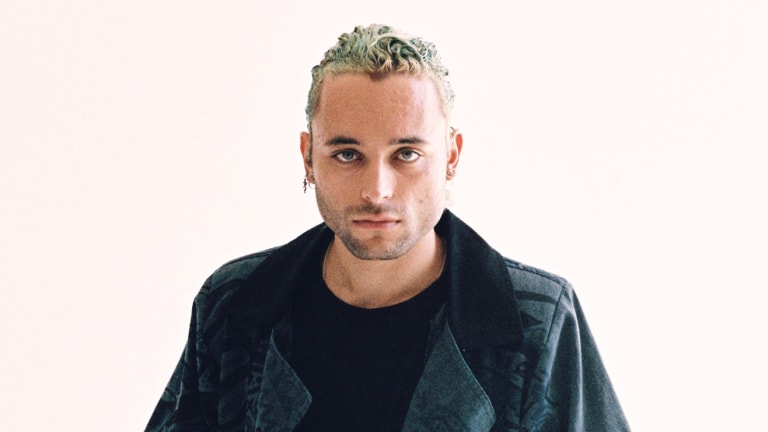 That's not how his new plan unfolded. "I ended up stranded in Berlin," he says. "No potential record deals, no money. I was stuck there for ages. I was working on music, utterly broke. I had a bit of an ego death, but then, through this crazy lifestyle, a kind of devil-may-care persona emerged."

It pulled him out of the "ongoing existential crisis" that had enveloped him since he first went to Los Angeles in 2013. He has a "deep love" for pop music and his music is accessible: soulfully-sung, playfully-programmed alt-R&B.

However, after cutting his teeth in Melbourne's music scene as a teen – first in the experimental Psuche, then as half of Oscar and Martin with Martin King of the Harpoons – he's found it hard to reconcile his DIY ways with the pop machine's by-committee approach.

His time in Berlin emboldened Slorach-Thorn, who came back to Melbourne at Christmas, determined not to not keep "over-thinking" his place in the world and feel stifled by big questions and career ambitions. He slashed his album in half and turned it into No Disguise, a "fun little release" that shook off a more managed pop trajectory.

"Each of the songs held a reflection that I felt was really, really true to me," he says, something that could have been lost with too much pop polish. Recently, a friend played him Oscar + Martin and he was reminded of the power of keeping musical personal.

"It was so much more than seeing an old photo," he says. "Every song was so dense with what was happening for me at the time, everything I was thinking and feeling. It felt like a record of my life."

No Disguise is out May 25 through Good Manners. Oscar Key Sung plays Melbourne's Howler on Friday, June 22, and Sydney's Oxford Arts Factory on Friday, July 6.