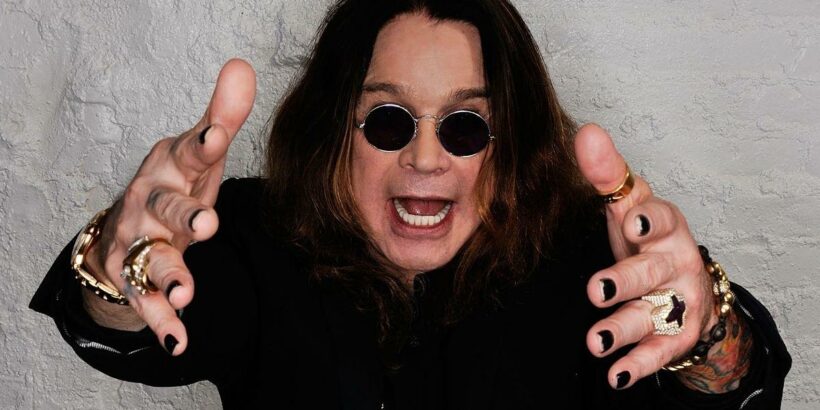 The hellraiser said he knew it was time to quit in the 70s after he believed the nag swore at him and told him to eff off.

READ NEXT: Meghan and Harry 'floundering in LA' and 'lost' without royals, says Sharon Osbourne

The Paranoid hitmaker, 73, revealed: “At that time in America, people were very fond of lacing your drinks with acid. I didn’t care.

“I used to swallow handfuls of tabs at a time. The end of it came when we got back to England.

“I took 10 tabs of acid then went for a walk in a field. I ended up standing there talking to this horse for about an hour.

“In the end the horse turned round and told me to f*** off. That was it for me.” Ozzy’s pal and Black Sabbath bandmate Geezer Butler told Classic Rock the band got into the drug when they were in LA making their fourth album.

He said: “We got to California, and we were at this chick’s place, this massive beach house. And she gives us this stuff, psilocybin.

“I’d never heard of it, didn’t know it was another name for acid, and just took it – me and Ozzy and these girls. Ozzy went for a swim in the ocean – at least he thought he did, but he was still on the beach, flailing away in the sand.”

The Prince of Darkness is well known for his macabre antics. After signing his first record deal in the US, he celebrated by releasing a dove and biting its head off in front of horrified executives.

Back in 1981 while touring his hit, Diary of a Madman, in a show dubbed the Night of the Living Dead, the audience was pelted with 25lbs of pig intestines along with calves' livers, raw chickens, sheep testicles, live snakes and even dead rats.

Wanting to return the favour, fans started bringing their own meat to throw back, with Ozzy likening it to a grim 'custard-pie fight'.

The star recently confessed that his drug addiction was so out of control he'd injure himself to get prescriptions.

Ozzy said: "I used to get a piece of wood and whack myself over the head, so they would give me a bottle of pain pills."

"We are f***ing clowns." He admits that drugs aided his sleep.

"You do not have to think about going to sleep. You close your eyes and you're done. "The f***ing lies I used to tell.”