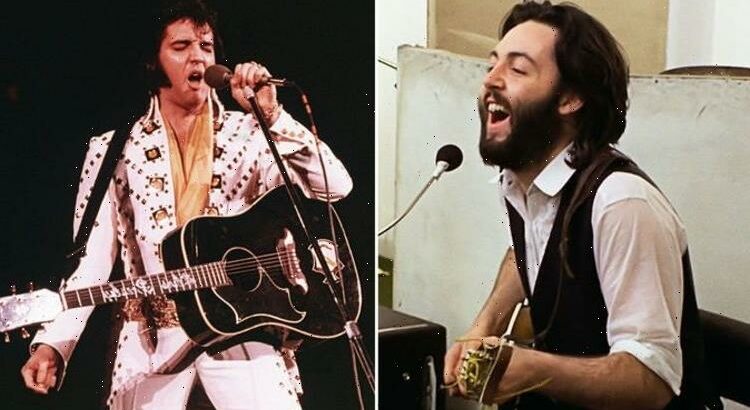 Growing up in 1950s Liverpool, John Lennon once said, “Before Elvis there was nothing”. When he first heard Heartbreak Hotel in 1956 that was it was for the future member of The Beatles. During a 1975 interview, Lennon said how he heard The King’s son on Radio Luxembourg and how it made his hair stand on end.

The Fab Four may have gone on to be the best-selling music artists of all time, but they were without doubt heavily influenced by The King of Rock and Roll, who is just behind them at No 2.

Now the first episode of The Beatles: Get Back launched on Disney+ today and features tons of unseen footage of the band in their 1969 recording sessions. And in one scene Lennon and Paul McCartney were seen paying tribute to Elvis Presley.

The Let It Be rehearsals took place in January that year and on January 9, the band are seen playing She Came Through The Bathroom Window.

But before long, Macca is messing around on his feet doing an Elvis impersonation while singing: “Well, any old time of day. All you wanna hear me say, it’s crazy baby, it’s crazy, yeah.”

Unlock unlimited access to the Disney+ catalogue – from Walt Disney animation films to Pixar, Marvel and Star Wars blockbusters, and National Geographic shows. New exclusive boxsets, like The Mandalorian and WandaVision, are also available to stream and download to your iPhone, iPad, or Android devices.

You can cancel after one-month | Subscription cost after first month at £1.99 returns to £7.99