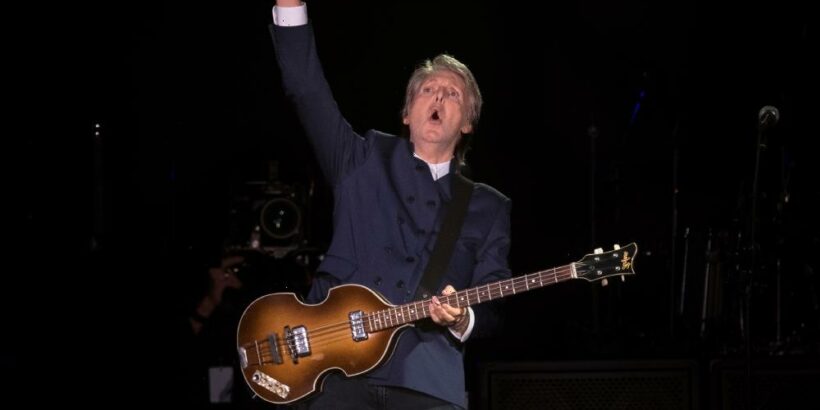 Bruce Springsteen and Jon Bon Jovi joined Paul McCartney onstage during his performance at Met Life Stadium in East Rutherford, N.J. last night. Springsteen took the mic for a rendition of his 1984 hit “Glory Days” and the Beatles’ classic “I Wanna Be Your Man.”

Bon Jovi, meanwhile, appeared on stage for sing “Happy Birthday” to McCartney, who turns 80 on June 18.

Both artists came back out for the show’s encore, with Springsteen picking up the guitar for a performance of the Beatles’ “The End,” a fitting track to close out McCartney’s tour. Springsteen previously performed “I Saw Her Standing There” with McCartney at the musician’s show at London’s Hyde Park in 2013.

The Met Life Stadium concert marks the end of McCartney’s current North American headlining tour, which kicked off in April. The musician will return to the stage on June 25 for a performance at U.K. festival Glastonbury.

McCartney last toured in 2019 as a 2020 Europe run was squashed by the pandemic. In the meantime, he recorded the solo LP McCartney III, playing nearly all the parts himself, in the tradition of 1970’s McCartney and 1980’s McCartney II.