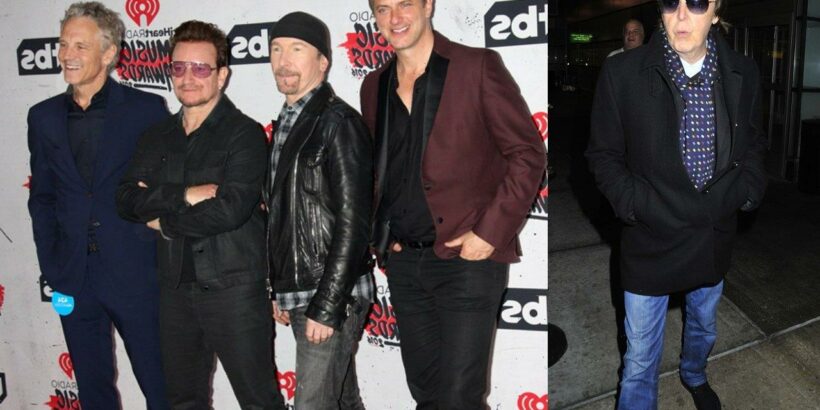 Theater mogul Andrew Lloyd Webber, who lost an estimated $389 million in wealth from the COVID-19 shutdown of West End and Broadway shows, fills the third slot with $743 million.

The Beatles icon’s $1.16 billion (£820 million) has carried him to the top of The Sunday Times’ annual Music Rich List, easily beating the collective $877.6 million (£620 million) boasted by rockers U2.

Meanwhile, Ed Sheeran earns his first top 10 placement, tied at nine with DJ/producer Calvin Harris and rocker Sting, each with an estimated worth of $311 million (£220 million).

The achievement makes Ed the only musician under 30 to crack the top 10.

As such, he takes first place in the list of the richest young musicians in the U.K., ahead of Harry Styles ($106 million/£75 million), and Little Mix ($76 million/£54 million) in second and third positions. Harry’s former One Direction bandmate, Zayn Malik, lands 7th place in ties with Dua Lipa.

The unveiling of Paul’s earning feat came weeks after he joined hundreds of people demanding Prime Minister Boris Johnson to overhaul the streaming industry. Along with Noel Gallagher and Chris Martin among others, he penned a letter calling for a minor change to the 1988 Copyright, Designs and Patents Act.

The letter itself stated that streaming platforms have “not kept up with the pace of technological change and, as a result, performers and songwriters do not enjoy the same protections as they do in radio.” It added that “only two words need to change in the 1988 Copyright, Designs and Patents Act…so that today’s performers receive a share of revenues, just like they enjoy in radio.”