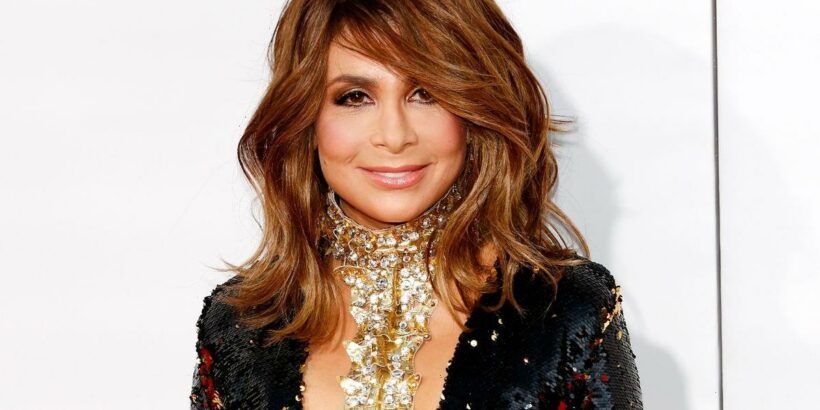 Paula Abdul is no flash in the pan, and has been rocking red carpets and awards shows for more than 30 years, shooting to fame on American Idol and staying in the spotlight ever since.

The US singer shot to fame back in the 80s with a string of chart hits like Straight Up, Cold Hearted and Opposites Attract.

But decades later she is still a star and still commands attention for what she does – and what she wears.

Paula is known for serving up some serious fashion on red carpets, where she always looks way younger than her 59 years, as she celebrates her birthday on June 19.

So we have a look at some of her hottest ever looks. Paula left little to the imagination as she performed at the 2019 Billboard Music Awards at MGM Grand Garden Arena for a special gig.

She opted for a daringly low-cut black leotard which highlighted her toned legs, while black fringing fell around them.

Paula completed the look with long black sleeves, fishnets and sheer nude coloured material studded with little gems all over.

As she gave the performance her all, Paula's long dark hair fell around her as she wowed with show-stopping make-up.

Gold at the Grammys Paula made sure all eyes were on her when she turned up at the 1990 Grammys in this show-stopping gold number.

She looked incredible in the sparkly fringed dress, which swished from side to side as she walked.

An intricate diamond pattern left her stomach bare and the short skirt showed off the star's shapely legs.

She wore her hair in a messy ponytail on the top of her head, secured with a glittering gold band.

Paula didn't go easy on the jewellery either, opting for eye-catching long earrings and a pair of extremely chunky gold bangles.

Shimmering at US X Factor premiere Paula showed she still had an eye for sparkle when she hit the red carpet 21 years later for the premiere of the US version of The X Factor.

The star looked chic and stylish in her short dress, which featured shimmery black, gold and silver stripes.

The tiny frock flaunted her legs, which looked longer thanks to towering gold peep-toe sandals.

Paula wore her long hair loose and it tumbled over her shoulders in gorgeous caramel waves. The star showed she still had what it took when she paraded her curves in a black dress with a plunging neckline at the 2015 AMAs.

She looked dazzling in the glittery dress, which fitted her like a second skin and showcased her toned torso.

She accessorised with a dramatic necklace that started as a choker then hung to her waist, protecting her modesty as she struck a pose for the cameras. The singer dazzled her fans when she arrived at the 2019 Billboard Awards in a breathtaking skimpy tuxedo dress that turned heads.

The eye-catching number was the brightest white and was trimmed with twinkly silver fringe that caught the lights as she struck a pose for photographers.

Paula's long glossy hair was in tousled waves down her back and she looked incredibly glam as she peeked out from under a long fringe.

At the time, fans flooded Twitter with comments about how amazing Paula looked for someone in her 50s.

"The woman has not aged a day!" posted one impressed admirer.

Dazzling with her dance moves Paula is set to turn 60 this year but looked far from it as she strutted her stuff in a dance video shared on Instagram.

The clip was of Paula showing off some moves with a group of male dancers.

And fans could be forgiven for thinking it was a throwback from her heyday.

The star looked trim and in shape in a tight black leotard with some daring cut outs on the front and a collection of chains dangling from one side.

The form-fitting outfit clung to Paula's curves as she danced around the studio – and fans loved it.

"Bravo," said one in the comments section, while another wrote: "Sweet still have the moves awesome girl!"

"LOOOOVE YOU PAULA!! " said another. "You look absolutely AMAAAAZING!!" Just last month Paula stole the show when she stepped out for the premiere of Chip 'N Dale: Rescue Rangers, which she has a role in.

Jaws dropped as she turned up the heat in a teeny red dress that just grazed the tops of her thighs.