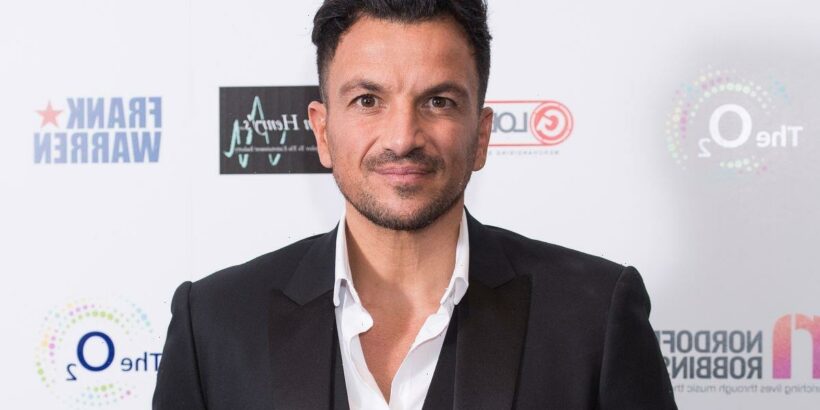 Peter Andre has revealed he was once told that he looked like a terrorist in a shock confrontation while trying to hail down a taxi.

The married singer, who is of Greek Cypriot descent, claims he was really ‘offended’ by the comment which happened in his native Australia while he was growing up.

Writing in his new! Magazine column, Pete, 49, explained: “There was one time I came out of a train station in London with a backpack on and my hood up and no taxis would stop for me.

READ NEXT: Princess Andre is the spitting image of her mum Katie Price in new snaps

“Eventually one guy stopped and said to me, ‘Just a word of advice, don’t have your hood up and a backpack on, you look like a terrorist’.

“He actually said those words – I couldn’t believe it and I felt really offended. Maybe it didn’t happen because of my race, but it was because of my appearance.”

He added: “You can’t judge a book by its cover and assume someone is doing something wrong because of how they look.”

The rare family shot featuring their children Amelia, eight, and Theo, five, as well his children with ex Katie Price, Junior, 17, and Princess, 15.

His fans loved the rare group photo, with one writing: "Sending lots of birthday blessings to Emily! Looks like the perfect day!!."

A lot of Pete's followers insisted Princess looked the double of mum Katie, 44, in her younger years.

One said: "Your daughter is the image of her mum in her younger days! beautiful family."

Another agreed, writing: "Princess is the image of Kate on here. The way she is standing, everything."

Yesterday Pete hinted he wasn't happy at ex Katie Price who was seen praising his daughter's glam Instagram photos, by sharing a new "no filter" snap of the teen.

While her fans – and mum Katie – gushed over the picture, dad Pete, made it clear he did not feel the same as he followed up with a "natural" snap. The proud dad took to his Instagram grid with a natural, make-up free picture of Princess."Sometimes afternoon sun is the only thing you need," he captioned the post. "Love you bist. No filter, no make-up, natural," swiped Pete.