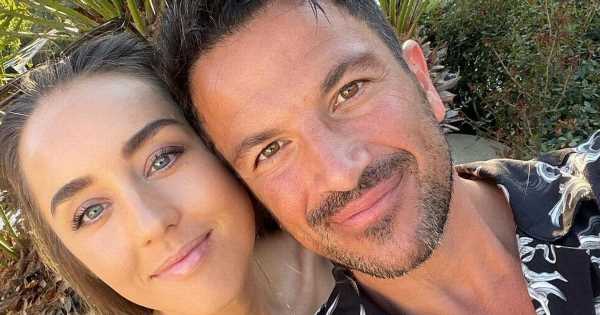 Peter Andre has seemingly taken a swipe at his ex-wife Katie Price.

The Mysterious Girl singer, 49, recently gushed about his eldest children's relationship with their step-mother Emily MacDonagh, 33.

READ MORE:Peter Andre says it 'scares' him to see daughter Princess looking like a young lady

The pair divorced in 2009 and writing in his latest column for OK! magazine, Peter revealed that he didn't let Emily stay over at his home while he was caring for Junior and Princess until their relationship had become "serious".

In comparison, Katie soon found love with Alex Reid, going public with their romance just two months after announcing her separation from Peter.

Peter wrote: "Everyone handles things differently, but I remember being very conscious about not introducing anyone to the kids until I felt the time was right.

"Emily and I were friends for two years before we started dating, so Princess and Junior knew her as a family friend.

“Even when we started dating she never stayed over when they were there.

"We waited until I knew how serious we were."

The comments follow Katie introducing her and Peter's children to a number of partners following their divorce, including her most recent on-and-off again beau Carl Woods.

She also embarked on a string of marriages and engagements with Alex Reid, Kieran Hayler and Kris Boyson following her and Peter's divorce.

Peter and his wife Emily first went public with their romance in 2012.

They welcomed their first child Amelia together in January 2013 and tied the knot in July 2015.

Katie and her fiancé Carl have been plagued by split rumours over recent months, with the OnlyFans star reportedly 'growing close' to a new man.