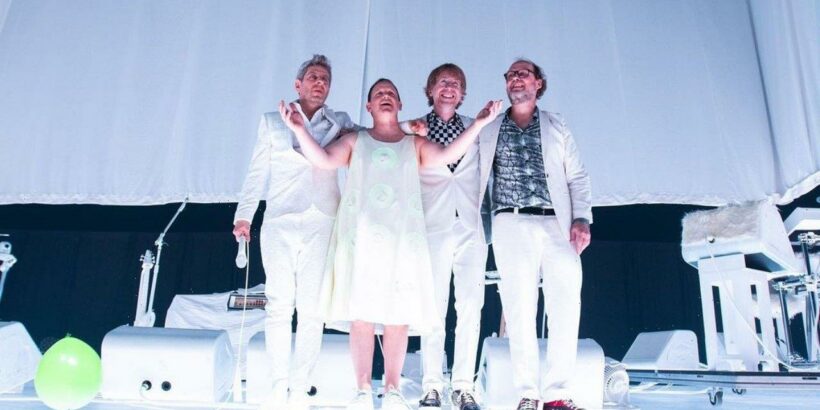 Two other audience members were also injured in a separate fall during the concert of the rock band at Chase Center over the weekend, a San Francisco Police Department spokesperson confirms.

AceShowbiz -A Phish concert over the weekend was marred with tragic accidents. One man fell to his death and two others were injured in a separate fall less than an hour later during the band’s show at Chase Center in San Francisco on Sunday, October 17.

San Francisco police spokesman Robert Rueca told KQED that they were alerted about the first fall at around 8:55 P.M. during Phish’s second performance in San Francisco this week. “Medics arrived and immediately provided medical treatment, but despite the efforts of the emergency responders the victim succumbed to his injuries and was declared deceased,” Rueca wrote in an email.

Rueca added that the Office of the Chief Medical Examiner is investigating the cause of death, but police found no evidence of foul play so far. Officials have not released the name of the deceased.

Edward Lewine, a speechwriter for New York Attorney State General Letitia James, was present at the show. He tweeted, “Sad news. A man fell off the upper deck into our section. I’m afraid it looked bad. Send vibes. #Phish.” Lewine added that a woman “right where he fell” was visibly affected by the incident, but was uninjured.

Another concert attendee wrote on Reddit, “The sound and scene were incredible and horrifying.” The man, who said he and his son were two rows away from where the man landed, added, “Today, I feel for the community and especially for the family/friends of the jumper and all the people in 115-117 who got some undeserved wartime-like images – many while tripping.”

Almost an hour later, at 9:45 P.M., officers and medics responded to another report of a man falling at the concert. That man and a second man he landed on were taken to the hospital with non-life threatening injuries.

Chase Center deferred questions to the police department. “We extend our heartfelt condolences to the guest’s loved ones,” the venue’s spokesperson said in a statement. “We are working with the local authorities to determine exactly what happened.”

Phish has not posted about the incident on social media.