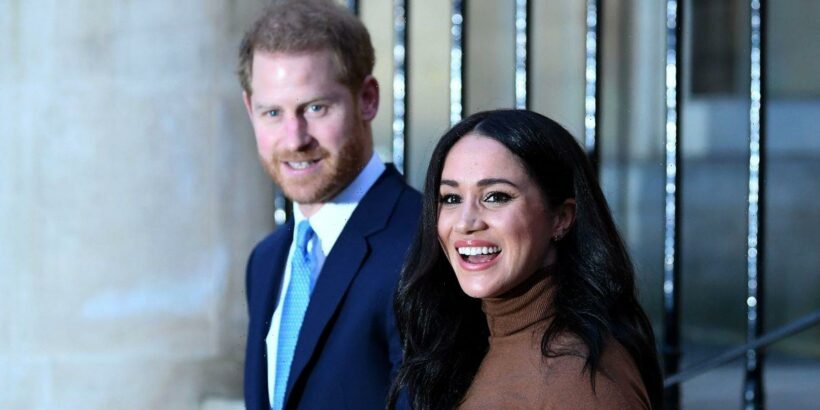 Piers Morgan has called out Meghan Markle and Prince Harry for revealing their latest pledge for Archewell.

The couple Beverly Hills-based organisation has said they would "reach net zero carbon emissions by 2030" but Piers is not convinced.

Piers took to social media sharing a comic plane flying above Glasgow with the words "net zero" flying out of its exhaust.

He tweeted alongside the image: "Did they pledge this from aboard Sir Elton's jet or the Clooney one?" along with four laughing emojis.

This is not the first time the journalist has questioned what Meghan has said. Earlier this year, Piers walked off ITV daytime TV show, Good Morning Britain, following an on-air argument with weather presenter Alex Beresford after Meghan's Oprah interview claiming she had been suicidal while living in the UK.

Piers also questioned and wanted to know who the royal member was that Meghan claimed had asked her about the colour of her son Archie's skin. While Alex called the host "pathetic" and "diabolical."

At the time, the show received over 50,000 Ofcom complaints, the most in TV history.

Ofcom later ruled Piers comments gave "important context to viewers" and did not sanction the show.

A spokesperson for Ofcom said: "This was a finely balanced decision. Mr Morgan's comments were potentially harmful and offensive to viewers, and we recognise the strong public reaction to them.

"But we also took full account of freedom of expression. Under our rules, broadcasters can include controversial opinions as part of legitimate debate in the public interest, and the strong challenge to Mr Morgan from other contributors provided important context for viewers. "ITV might consider the use of timely warnings or signposting of support services to ensure viewers are properly protected."

Piers was pleased with the verdict and took to Twitter.

He posted: "I'm delighted Ofcom has endorsed my right to disbelieve the Duke & Duchess of Sussex's incendiary claims to Oprah Winfrey, many of which have proven to be untrue.

"This is a resounding victory for free speech and a resounding defeat for Princess Pinocchios. Do I get my job back?"