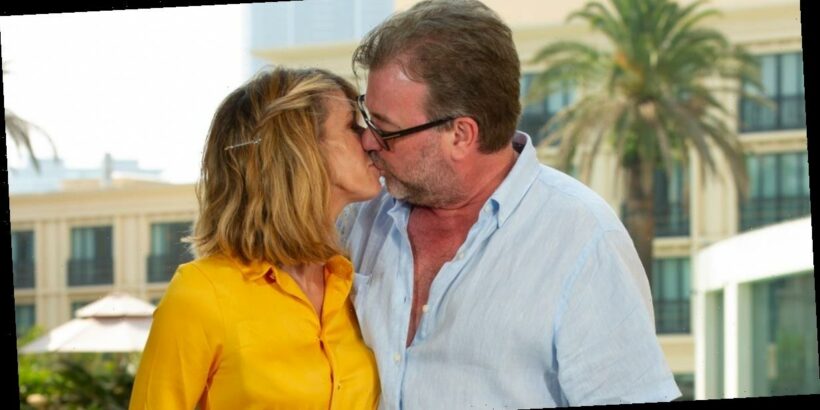 Piers Morgan is afraid Kate Garraway’s husband Derek Draper will never fully recover from his health battle, having been hospitalised since last March.

The Good Morning Britain presenter, 55, said that before Derek, 53, contracted coronavirus he and Kate were “happier than ever”.

Piers remembered seeing them celebrating and having fun at his annual Christmas pub party at the end of 2019.

Sadly, 2020 was a heartbreaking year for the family and after contracting the virus in March, Derek entered into a coma as his health plummeted.

He no longer has the virus in his system and woke up from his coma last summer, but remains in a state of "minimum consciousness" in hospital.

Derek has now become the UK’s longest-fighting COVID patient and while Kate tries to remain positive about the family’s future, Piers is heartbroken about Kate being in a “terrible limbo”.

Speaking about Derek's condition, Piers told The Sun: "It’s talked about that he may never come out of it, she doesn’t know, she’s living in this terrible limbo."

He revealed the whole team at GMB assumed the former lobbyist would fight the virus – he was 52 with no underlying health conditions – but unfortunately, Derek’s condition deteriorated rapidly.

Recalling when he last saw the married couple together, Piers shared: “The last time I saw Derek was at my annual Christmas pub party.

“They were there, Kate had just done the jungle and she came back and a week later she came to my pub party with Derek.

"They were in all the papers because she was so hot from the jungle at the time,” the presenter continued.

“I’ve never seen them happier, they were going to review their wedding vows. Then that happened.

Piers continued to say that his heart continues to break for his colleague with every passing day.

The journalist added that Kate is going through a nightmare, and it could keep getting worse considering that it’s talked about Derek may never fully recover.

When Kate came out of the jungle, she was met by her husband on the bridge, and the pair shared a heartwarming hug.

Piers said the pair had lots of plans for their future when he saw them only weeks later.