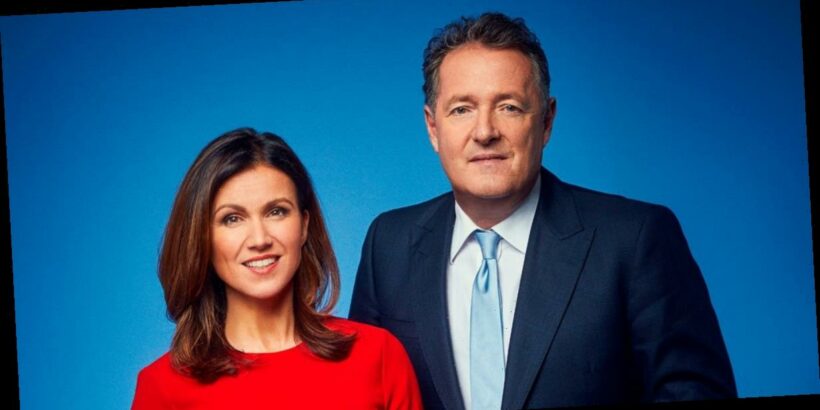 Piers Morgan has now officially left ITV’s Good Morning Britain studios, as he tweeted a picture of his belongings packed away in several boxes.

The former GMB star tweeted the picture alongside a comment to wish his colleagues farewell.

Morgan also made an honourable mention to the Susanna Reid cut-out that was tucked away in his office, admitting he will not be taking it with him.

In a snub to Susanna, the presenter wrote to his fans on Twitter: “Goodbye, Good Morning Britain! (I think I’ll leave the cardboard cut-out, would be a bit creepy to take that home…[laughing emoji]).”

Supporters of the outspoken presenter also wished the star farewell on Twitter and expressed that his presence will be missed on the show.

One fan wrote: “You’ll be missed. You made mornings worth getting up to watch you challenge the guests.”

Another said: “Oh this is sad! Breakfast not the same without you Piers. lost their USP. Everything turned to mush.”

A third chimed: “ I have not watched the show once since you left. While you were there I watched it everyday. I miss you already!”

A fourth supporter said: “I didn’t always agree with you but you’re sorely missed and it’s very tame on the show now. I like you because you believe what you say and you put people to task.”

Co-host Susanna did not comment on her cut out being left behind but tweeted a short but heartwarming farewell message to her former colleague.

Susanna said: “End of an era. Thank you for five incredible years of rows, rants & reasons to eye-roll.”

Earlier this month, Piers Morgan quit his role on Good Morning Britain due to his anger-fuelled views on the Meghan Markle and Prince Harry interview with Oprah Winfrey.

In an outspoken rant, Piers made viewers aware that he did not believe The Duchess’ claims she had previously contemplated suicide.

The following day, Morgan stormed off the Good Morning Britain set after being confronted on his previous remarks on Meghan the day before.

Later that day, after ITV had received approximately 41,000 Ofcom complaints, the opinionated presenter decided to leave the show.

Since then, there has been speculation over who will replace the opinionated star but for now, presenter and journalist Ben Shephard filled in for Piers.

Good Morning Britain airs on weekdays at 6am on ITV.