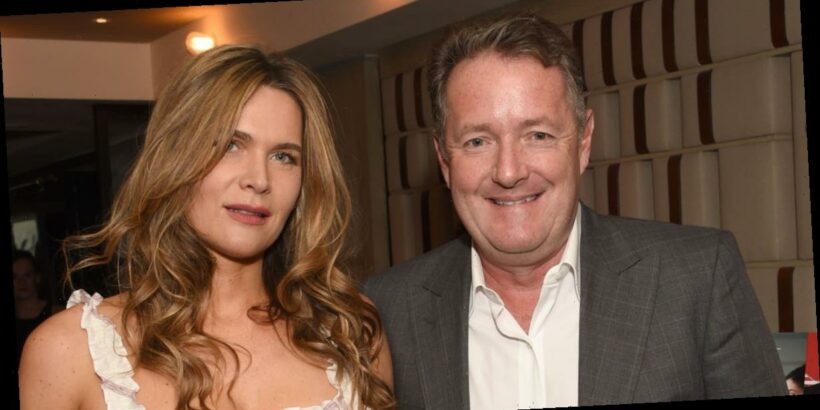 Piers Morgan’s wife admits she only finds him attractive when she has had a few bevvies – just like nearly half the nation’s women.

The telly motormouth – who quit ITV’s Good Morning Britain over his remarks on the Oprah Winfrey Royal Family racism rumpus – was incensed after we revealed he was the UK’s most popular “beer goggle” pin-up.

“What nonsense,’’ he spluttered to his wife of 11 years Celia Walden. “I can’t believe women only find me hot when they’re drunk.’’

But unusually for outspoken Piers, 55, he was lost for words when the 45-year-old author, journalist and critic replied: “No, it’s true. I’m one of them.’’

Last month, we revealed a poll of 2,000 people by affairs website IllicitEncounters found Piers was the celebrity most women fancy when they have supped a few sherbets.

Piers said he was “initially thrilled” to top the beer goggles poll. But he added: “The more I thought about this ‘victory’ the less complimentary it felt.”

His popularity soared after his brutal TV grilling of Government ministers over their handling of the pandemic which sparked calls for him to take over as Prime Minister.

He left Good Morning Britain after saying he did not “believe a word” of a publicity-shy former actress’s accusations of racism within the Royal Family.

But his last show beat long-time rival BBC Breakfast in the ratings for the first time ever. Since he walked out GMB has lost nearly a third of its viewers.