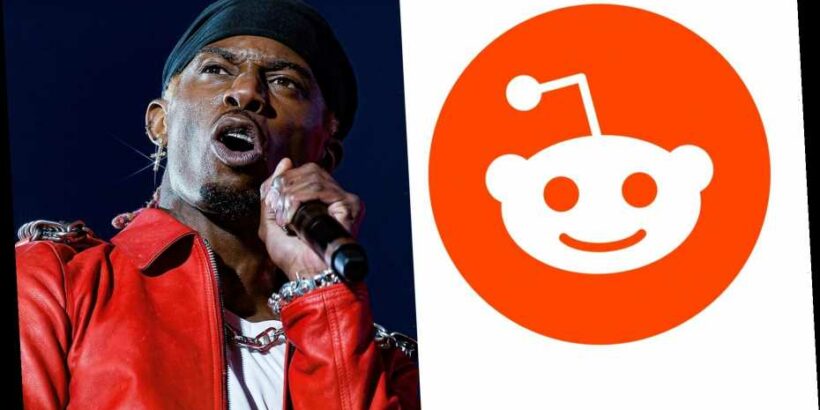 At midnight on Christmas, Playboi Carti declared himself Santa. After years of hype, false starts, and cryptic messages to fans, the rapper finally shared his album Whole Lotta Red, the hotly anticipated follow up to 2018’s Die Lit. The 24-track, 62-minute record inspired an almost immediate bifurcation on social media. There were Carti die-hards calling it his best work as soon as 1 a.m. There were critics lamenting its long runtime and ostensible lack of focus in equally swift measure. Just minutes after the release, Carti’s ex-girlfriend, the musician Iggy Azalea, with whom Carti has a child, took to Twitter to express frustration at the rapper’s alleged absence during their son’s first Christmas. It all made for a particularly active week on the Playboi Carti Reddit, which for the past several years, has been the source for every iota of information that has trickled out of the notoriously secretive rapper’s camp.

David Ha, a 20-year-old student at Ryerson University in Toronto, started the Playboi Carti subreddit in 2016, after starting similar pages for artists like 21 Savage and Bryson Tiller, though he says it was the Playboi Carti subreddit that he invested the most effort in “because that was my favorite artist.” Like the more than 160,000 members of the community, Ha has followed the near-mythic trajectory of Whole Lotta Red, an album that many in the community were resigned to believe would never come. Now that it’s arrived, taking Carti to Number One on the RS 200 chart, Ha told us about managing one of the most active and loyal fan communities on the internet.

What has it been like navigating all of the information about Carti — from leaks to rumors and fake release dates — over the past few years?
I feel like it’s divided into different eras. After Die Lit came out, he was getting a lot of traction, and a lot of people were coming to the sub. And then between that and Whole Lotta Red, the sub started to become notorious for memes to be honest, because everyone got tired of waiting. I guess a lot of us were just fiending for the newest leak or snippet.

A lot of fans would make their own tracks out of those snippets and leaks. Have you seen people develop as producers through the subreddit?
I’m not completely sure in terms of development, just because we have so many people in the sub that I haven’t been keeping track. But I do think there is a lot of talent in this fanbase. I’ve seen a lot of kids posting their art and their remixes and stuff like that. I think Carti has a really talented fanbase.

For the years leading up to the release of Whole Lotta Red, the album basically existed as a meme. Did you ever lose hope that it would be released?
Part of Whole Lotta Red as a meme was never having too much hope in the first place. We were all just like, “Okay, it’s never dropping.” It’s better to not even get your hopes up. He would tweet something cryptic and make it sound like it was coming out next week, then next week comes and there’s no album. But I think everyone did have their hopes up. I didn’t think it was gonna drop till [2021], so I’m really happy.

What do you think of the album?
I really liked the album from my first listen when it dropped and it has only been growing on me ever since then. I feel like Carti went full punk rap on this project and I thought the music on this album fits his new aesthetic really well. I’m really glad to see him evolve as a musician and an artist.

How did the community react?
The response has been mixed from the community. Many fans who didn’t enjoy the album were not expecting such a drastic departure from his last project and were expecting music similar to the leaks that would surface prior the album’s release. I think many of those who did enjoy the album had the same reasons to like it as I did, and they value his ability to still be able to experiment with his music and further develop his sound regardless of his rising popularity. I feel like if you are a genuine fan of Carti himself, you would have liked this album rather than just being a fan of Self Titled or Die Lit, but at the end of the day music is subjective.

Did you have to take special precautions to navigate Iggy’s tweets?
As a mod, the Iggy situation just added to the existing drama surrounding the album’s release. Our subreddit had raised the karma limit to post for a few days after the release of the album in order to foster better content and less shitposting. Overall, this situation just gave people more things to talk about and make memes about regarding the release of WLR. I personally feel like this situation isn’t something that should have been aired out on social media in the first place, I just hope Carti takes this as a sign to do better as a father because what he [allegedly] did was kinda shitty.

Where does Carti’s fanbase go from here?
I think Carti’s fanbase will continue to grow rapidly as he begins to crossover to the mainstream. Carti to me has always been ahead of his time and an innovator, so if people don’t understand him now, they will eventually. I hope to see him garner a fan base that can value his progression as an artist who isn’t afraid to take risks, to prevent this type of backlash from happening again, although it is inevitable lol.

Would you like to see artists like Playboi Carti acknowledge their online fan communities?
It would be nice. But I feel like they have no obligation to. But I would definitely appreciate it, yeah.