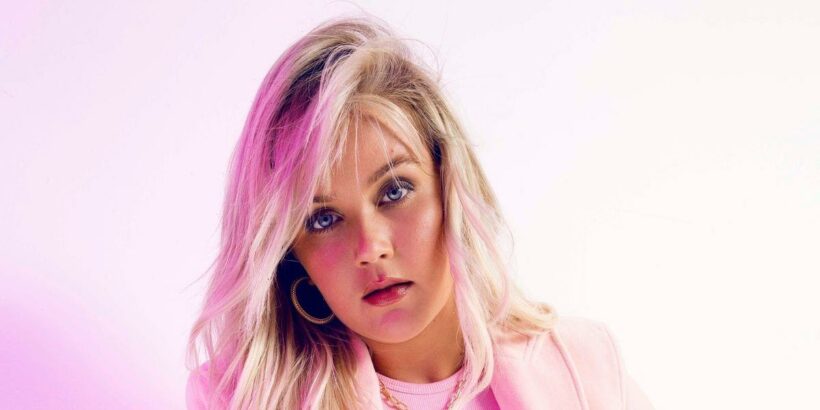 Up and coming singer Aimeé has confessed that she used to send handwritten letters of complaint to news outlets covering Britney Spears’ devastating breakdown in 2007 as a child.

The 25-year-old artist explained how she has been a huge fan of the Oops! I Did It Again hitmaker from an incredibly young age.

The self-confessed Britney fangirl even decided to take matters into her own hands surrounding the media’s representation of Britney during her horrific mental breakdown.

One way the Dublin-native hit back at negative coverage in the media was to send hand-written letters to editors of the major publications.

In and exclusive interview with the Daily Star, the singer songwriter revealed how she sent strongly worded letters to national publications with no fear of the repercussions for her favourite singer.

She admitted: “I think I would have been about eight or nine at the time when she was quite unwell, I remember she shaved her head and stuff like that.

“Any magazine that I'd seen in the shop with that would be talking about her negatively, I would send them a handwritten letter saying, ‘Leave her alone!’

“From the age of seven and eight I've been saying, ‘Stop calling her crazy, she’s unhappy’ in my little child handwriting – I can only imagine them laughing when they received my letter.”

The rising star revealed how she would decorate her letters with stickers of the songstress and even included her personal home address so that reporters could write back to her yo discuss the topic further.

Aimeé continued: “I remember my mam, she used to buy me these stickers. When we were kids, we used to go into Heaton’s and buy some stickers, I was crazy about stickers.

“And there was a Britney pack that I remember and we cleared the shelf, and on every letter that I hand wrote I had stickers of her all over.

“And I had my address, I was like, ‘If you want to talk about this [then] here’s my address and here’s my house number, I'll discuss this further with you’.”

As she reflected on how Britney has been since she escaped from the shackles of her conservatorship, Aimeé added that she hopes the star can find happiness in the future.

She went on: “But it’s just crazy that I'm a grown adult and we’re still watching this poor woman’s life and she’s just struggling.

“It’s really, really hard and for someone that I absolutely look up to so much, it’s really sad.

“I just think it’s great that she’s getting to find her freedom now and hopefully she can find happiness – that's really what everybody wants isn’t it?”

In the last 12 months, the 40-year-old has gone on to fight for her independence by removing her nearly 14-year long conservatorship which gave her father Jamie Spears control of her money, estate and even aspects of her physical health.

And it appears the singer is still struggling in her personal life after breakup rumours continue to swirl around the star and her fiancé San Asghari in recent months.

But it's clear to see that the noughties superstar continues to inspire millions around the world, including the stunning Irish belle.

Aimée has since released her new single Nobody Else which was released on February 25th available to listen to on YouTube.