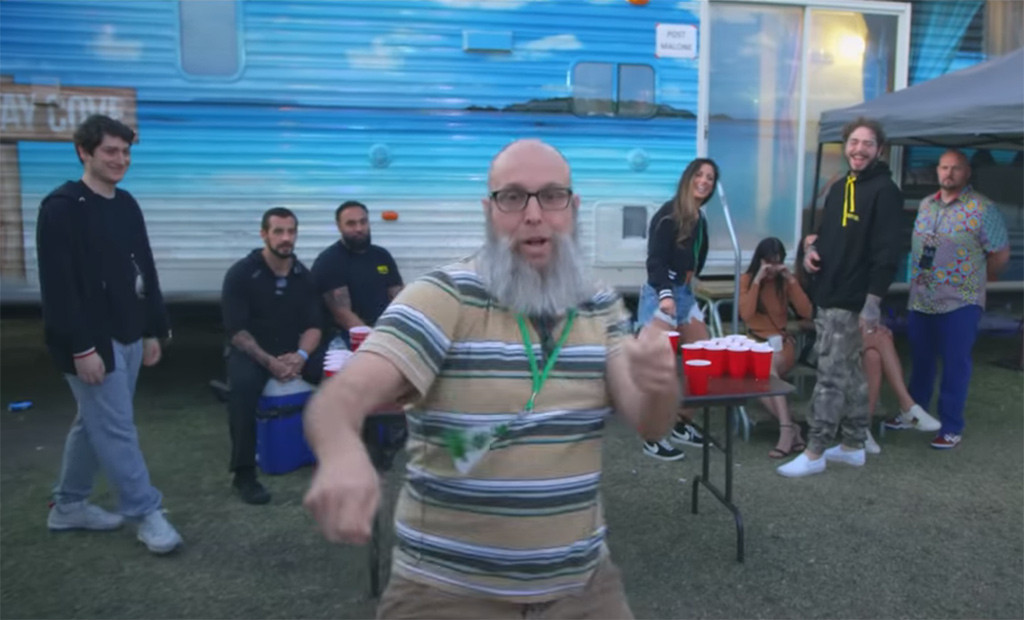 The viral Post Malone dancer had gotten himself the ultimate gig!

Earlier this month, a video of Mike Alancourt, a 43-year-old man gray bearded man from Florida, dancing to the rapper’s new song “Wow” in a dance studio circulated online. Post was impressed by the viral clip, which later got Alancourt an invite to perform his routine on The Ellen DeGeneres Show and a cameo in the rapper’s actual music video for the track, which was released on Tuesday.

The rapper is seen traveling the world on tour in “Wow.”

“And then this happened,” reads a caption, before Alancourt is shown dancing by himself in a garden and later, in front of Post and his friends as they play beer pong.

“Honestly, I just love dancing so much,” Alancourt had told Ellen DeGeneres earlier this week. “I have such a good time in the video and I think that’s what people are connecting to, and apparently 23 million people just wanted to have a good time with me for a minute.”

“Hey Mike, it’s Postie,” he says. “I love your moves, and you kick ass, and I’d like to invite you out to my show in Arizona this Sunday. It’d be fun to have you.