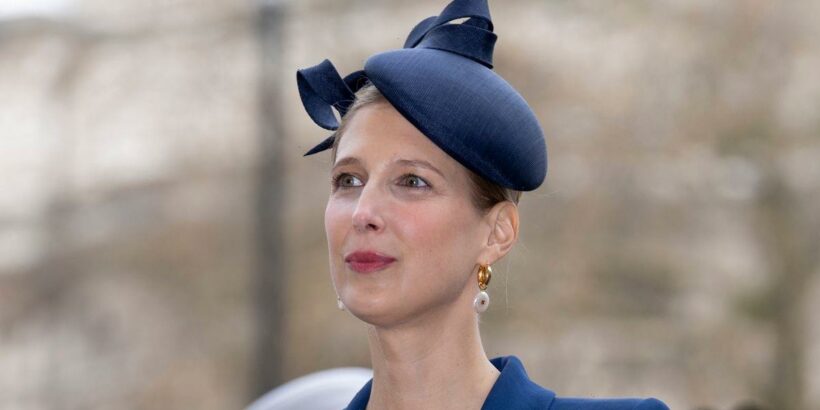 Lady Gabriella Windsor often appears alongside her royal relatives at events but has reflected on her decision to follow her love for music.

The freelance writer, 40, is currently 56th in line to the throne but has shied away from the royal life and can often be found writing music or songwriting.

It's no surprise that Gabriella, also known as Ella, found a career in the arts having studied Comparative Literature and Hispanic Studies, graduating in 2004.

Speaking exclusively to the Daily Star, Ella has opened up about her decision to follow her love of music and release songs during the first lockdown.

Ella said: "I've always loved music but felt particularly inspired to start writing songs of my own while I was involved with the Playing for Change Foundation.

"This is a stunning global charity creating positive change for underprivileged children and their communities worldwide through music education."

Prince Michael's daughter added: "I met a wonderful producer there called Enzo Buono who also helped me develop my own music, I wrote the basic melodies and lyrics for some songs and he then worked on the arrangements and suggested instruments and musicians.

"Once we were happy with the demos we recorded the tracks properly, albeit in separate studios, continents apart – I recorded the vocals in the UK and the musicians recorded in Los Angeles.

"Then all the music was mixed and mastered but it was a hobby."

Ella continued: "It was only once we heard the final tracks that Enzo persuaded me to release them – it wasn't part of the original plan at all!

"I found the idea utterly terrifying, in the end, though I thought I could do it to help support the Playing for Change Foundation by raising awareness, so the first singles were released with that in mind."

However, despite releasing four singles, this isn't the end for Ella, who went on to say: "I really enjoyed the process so I'm writing more songs.

"I'm still working with Enzo and writing more material which we’re developing together, I love the idea of releasing something to support Ukrainian children."

Ella has previously revealed that she debuted her first single Out of Blue at her wedding to Thomas Kingston back in 2019.

During the reception held at Frogmore House, Ella took to the stage – much to the delight of her friends and family.

She told Hello magazine: "It was late and I'm not sure I sounded my best but one of the singers added some backing, so I hope that made it better.

"It was a day of so many nerve-racking moments that I thought 'I might as well throw this in too!'"