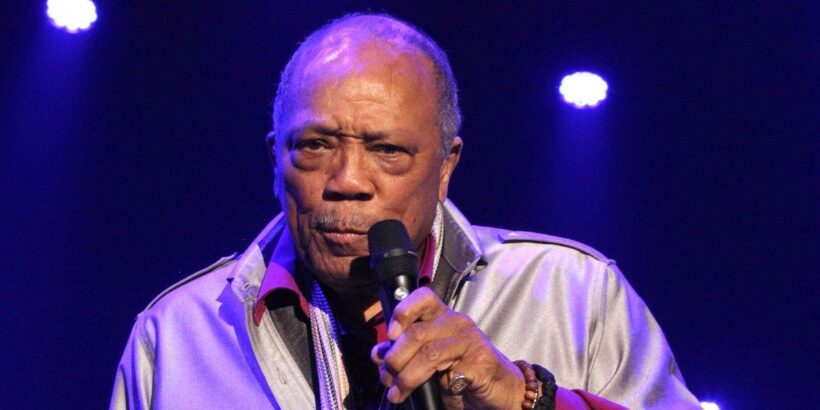 In an interview with The Hollywood Reporter, Jones made the shocking claim and then had to stop himself before he used explicit language.

The music producer, known for producing Michael Jackson’s albums Thriller, Off The Wall and Bad, made the comment after he stated he would not work with Elvis.

In the interview, Jones says: "He was a racist mother – I’m going to shut up now. But every time I saw Elvis, he was being coached by [songwriter] Otis Blackwell, telling him how to sing."

However, The Hollywood Reporter made a note on the article that Otis had told David Letterman on his show in 1987 that he had never met Elvis.

The 88-year-old later explained the reason for not working with Elvis by recalling a story about orchestra leader Tommy Dorsey.

Jones said: “I was writing for Tommy Dorsey, oh God, back then in the 50s. And Elvis came in, and Tommy said ‘I don’t want to play with him’.”

He also recalled the early days of his career where he faced racial discrimination.

Jones said: “They called me to do Gregory Peck’s Mirage [in 1965] and I came out here [Hollywood]. I was dressed in my favourite suit, and the producer came out to meet me at Universal. ‘He stopped in his tracks – total shock – and he went back and told [music supervisor] Joe Gershenson, “You didn’t tell me Quincy Jones was a Negro”. ‘They didn’t use Black composers in films.”

In the interview, Jones spoke in Russian before revealing he speaks a staggering twenty-six languages and can write in seven.

He also compared late singer Micheal Jackson to Presley and recalled during the filming for the 1978 film The Wiz, Jackson would imitate Presley.

He responded: “People have been turning their heads the other way, but it’s all the same to me — misogyny, racism. You have to be taught how to hate somebody. It doesn’t come naturally, I don’t think. I don’t think so, unless you’ve been trained. I just think it’s such a bad habit. These racists, oh my God. Asians? How the hell do you get mad at an Asian girl?”

Representatives for the estate of Elvis Presley have been contacted for comment.