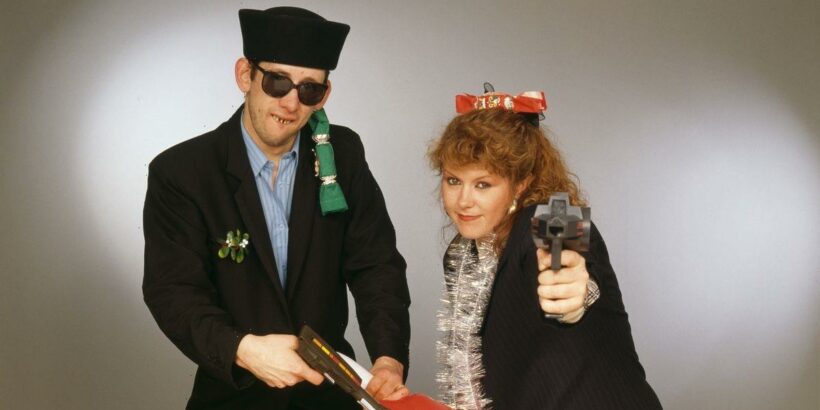 BBC Radio 2 is to air a censored version of the festive classic Fairytale Of New York in the run-up to Christmas this year.

The iconic song was released by The Pogues and Kirsty MacColl 35 years ago, but some of its melancholic lyrics have come under scrutiny over the years – and now Radio 2 has bowed to pressure.

Many radio stations have made the decision to play an alternative version of the track, which replaces the line “you cheap, lousy f*****” with “you’re cheap and you’re haggard”.

In 2020, the BBC announced that Radio 1 would be playing the censored version, while Radio 2 would continue to air the song with the original lyrics intact.

However, it has now been confirmed that Radio 2 bosses have chosen to play the censored edition this year, while other BBC stations will be able to choose which one they air.

A BBC spokesman said: “We know the song is considered a Christmas classic and will continue to play it this year, with our radio stations choosing the version of the song most relevant for their audience.

“On Radio 2 we are reflecting what we are hearing back from many of our listeners who love the song, but find some of the lyrics jarring in 2022, and playing an alternative version provided by the record company.”

The BBC came under fire in 2019 when the Gavin and Stacey Christmas Special included a performance of Fairytale of New York by Ruth Jones and Rob Brydon's characters which used the original words.

After receiving almost 900 complaints, the BBC explained: “While the word ‘f*****’ is now widely acknowledged as having the potential to offend, the song never suggests or implies that this is, or was ever, an appropriate way to address another person, nor does it link it to homosexuality.

“Nessa and Bryn were seen singing the original lines and we can assure you there was no intention to offend viewers.

"We understand that some people will find it offensive in any context but we also recognise that the song is widely played and enjoyed in its original form.”