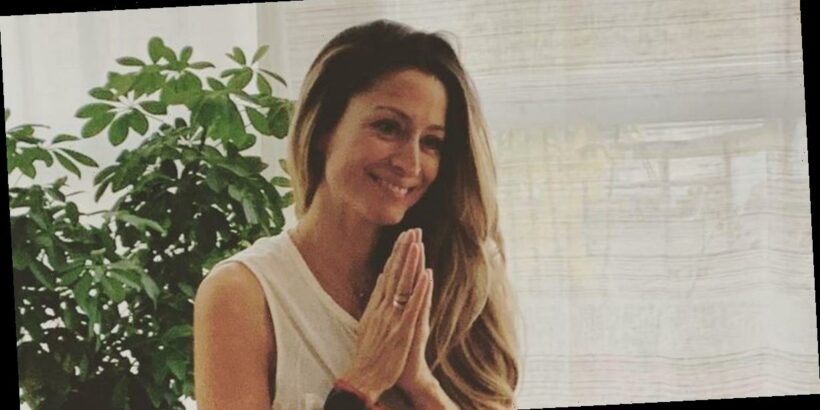 Rebecca Loos has long given up on the showbiz and television world, starting a new life and career as a yoga instructor in Oslo.

The 43-year-old also admitted to making "a lot of bad decisions" in the past but is still striving to put that well and truly behind her now.

Having completely overhauled her lifestyle in recent years and given up the late night party scene, Rebecca has armed herself with a number of useful skills, including becoming a frontline worker during the pandemic as a Covid-19 tester in the country which she resides.

As a parent to two boys, she decided to put her family commitments at the forefront of her mind and took a huge step away from the limelight.

The Noughties pin-up now boasts quite an extensive curriculum vitae, having trained to become a medical assistant while also learning to speak fluent Norwegian.

Speaking to OK! Magazine she revealed: "I've made lots of bad decisions, but I’m in a wonderful place right now."

During the interview, the former reality star had been quizzed about her biggest regrets, to which she coyly responded: "Oh, tons! I made a lot of bad decisions, I trusted a lot of people I shouldn't have."

Throughout her on-screen career she explained that her schedule was pretty hectic and involved a lot of late nights, which was a far cry away from the world she lives in now.

She went on: "I used to leave the house at 9pm and come home at 6am. Now I'm in bed by 9pm and up at 6am! My life has literally turned around."

Although Rebecca has turned her old life on it's head, she doesn't hide her Playboy past from her two children and is open and honest about her former job.

Rebecca continued: "I'm very open about everything. They know mummy's been a naked model and been on the cover of Playboy."

While the former lads' mags star wasn't proud of the racy photoshoots she'd been part of previously, she had accepted that it was all part of the growing up process.

The mum-of-two added: "They'll make mistakes in life too, and that's OK. They know their mummy has a naughty side!"

As well as regularly featuring on magazines, Rebecca found fame on shows such as The Farm and Celebrity Love Island.