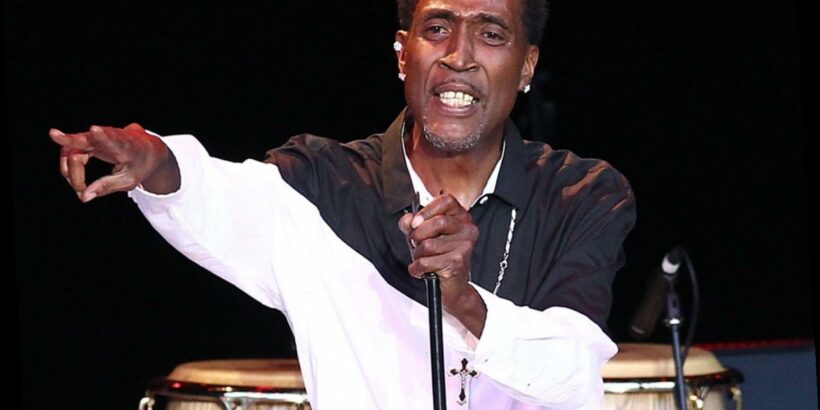 Reggie Warren has died. He was 52.

The late star was a member of famed R&B group TROOP (which stands for Total Respect of Other People) alongside fellow members and childhood friends Steve Russell, Allen McNeil, John Harreld and Rodney Benford.

Warren died at his California home in San Bernardino County on Sunday, after coping with health complications that left him hospitalized in January, his rep told TMZ , which was first to report the news. His cause of death has not been confirmed but is expected to be revealed upon the completion of an autopsy.

A rep for Warren could not be reached by PEOPLE.

On Instagram, his bandmate Russell, 51, shared several posts in honor of the late R&B star. In a video of the group performing, Russell wrote, "Untouchable RIP REGGIE 🌹💪🏾🌹💪🏾🌹." He added a hashtag that read, "Nobody can f— with TROOP."

Warren's bandmate shared an additional clip of the group during their performance at the iconic Apollo Theater in New York. Russell captioned his Instagram video, "Reggie phukkin it up as usual..first time at Apollo #RIP."

In an additional heartfelt post, he wrote, "Job well done my brother I will see you on the other side🌹🌹😓😥😓😥😓 RIP Reggie Warren #DamnReggie."

And on the official Instagram account for the popular group, they shared a montage tribute honoring the late hitmaker. TROOP captioned the post, "Rest Well Reggie. Our brother has transitioned 🌹🌹🥵🥵🥺."

In a post he shared on Instagram, Hit Boy wrote, "Bittersweet moment for me. I'm dedicating this years Grammy for best rap album to Reggie Warren from the legendary R&B group troop who sadly passed away today. I love my brothers Nas and Big Sean. We got more work to do 🏆 KINGS [sic] DISEASE!!!"

TROOP originated as a group of teenagers in Pasadena, California in the late '80s after winning $1,000 in singing competition Puttin' on the Hits. They won the contest by lip-synching to New Edition's "Cool It Now."

The group was known for their soulful R&B and new jack swing style.

Their fan-favorite tune "Spread My Wings" was released on Dec. 13, 1989 and the smash hit earned TROOP the No. 1 spot on the Billboard Hot Souls Singles chart, where it remained for two weeks. The track was released under Atlantic Records. During their reign, the quintet dropped three No. 1 hits and a total of 10 top 10 singles.

Attitude became RIAA certified gold. TROOP's most popular hit singles include "Mamacita, "My Heart" and "Still in Love." The group's tunes "All I Do Is Think Of You" and "Sweet November" both peaked at No. 1.