The ‘Rocket Man’ singer is reportedly going to hit the stage at some point during the nuptials, although it’s unclear whether he will perform at St. Georg’s Chapel or during the evening celebrations.

AceShowbiz –
Elton John will reportedly be performing at Meghan Markle and Prince Harry’s wedding this weekend, after finalizing plans following months of rumors. According to TMZ, the “Rocket Man” star will take center stage at some point during the big day although it’s unclear whether he will perform at Windsor Castle’s St. Georg’s Chapel or later, during the evening celebrations.

Elton first sparked rumours he was on the happy couple’s performer wish list back in February, when he scrapped two May concerts at The Colosseum at Caesars Palace in Las Vegas around the nuptials. The 71-year-old, who was a personal friend of Harry’s late mom Princess Diana and performed “Candle in the Wind” at her funeral in 1997, confessed during an interview with The Sun earlier this year that he was hoping to be there for the groom’s wedding day because, “I love him very dearly.” 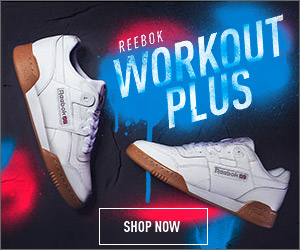 He added during an interview on “Lorraine” that he is delighted to see Harry so happy and in love.

“I spent some time with him (Harry) in Sicily last summer and I could tell that he was totally in love, and he didn’t really discuss much personally but he said ‘I’m in love’ and I thought, good for you,” Elton said during an interview on “Lorraine” on Thursday. “Both those boys seem to have been ecstatically happy, and that’s all you want people to be.”

Meanwhile, despite reports that the Spice Girls could be marking their reunion with a performance at the royal wedding, it has now been revealed that only some members of the band have been invited to the nuptials, making a performance impossible.

A source told the New York Post’s gossip column Page Six that only Victoria Beckham a.k.a. Victoria Adams, Emma Bunton and Geri Horner were invited, with Melanie Brown and Melanie Chisholm left off the guest list.

“Only Victoria, Emma and Geri were invited, so clearly, the Spice Girls were never going to perform,” the insider said. The claims come after Mel B revealed on “The Talk” earlier this year that “us five Spice Girls” had scored invites to the wedding, sparking rumours she may have been “disinvited” after speaking so publicly about the nuptials.