From the moment the curtain drops to reveal an enormous triangular screen suspended above a stage backed with yet more huge screens, the faintest sound of an alarm bell starts ringing.

That ringing gets louder as the show progresses. There are different, epic visuals for each song. Confetti explodes over us during the second tune, a dazzling array of lasers soon follows. 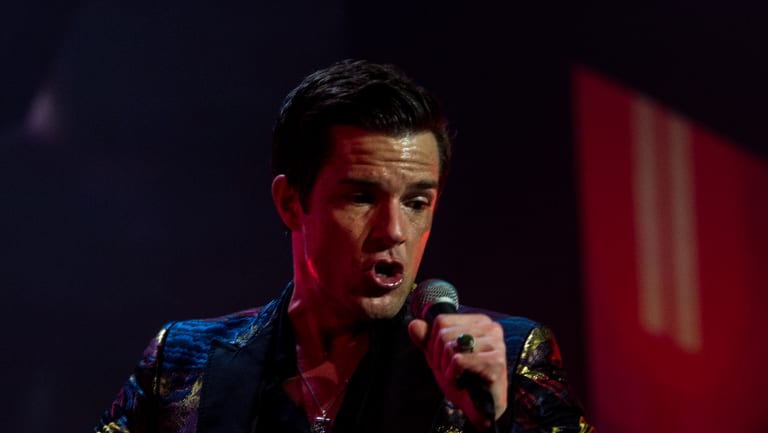 It really isn’t until the end that the Killers – or at least this nine-strong incarnation featuring only Flowers and drummer Ronnie Vannucci jnr from the core four-piece – give us their best.

All These Things That I’ve Done remains about as satisfying a 21st-century rock anthem you’ll find, at least until Flowers brings on Craig Nicholls from Sydney’s great forgotten heroes the Vines to sizzle through their differently invigorating Get Free.

The final pairing of a blistering When You Were Young and the ever-charming Mr Brightside further show what the Killers are capable of when they write verses and bridges as strong as their choruses.

It is, overall, an entertaining but shallow experience. A future superannuation residency in their hometown is all but inevitable.