The function of a conductor can sometimes seem rather inscrutable, apart from the obvious business of being a human metronome keeping a steady beat. However, when a maestro with the astonishing command of Stanislav Kochanovsky is at the helm of an orchestra, the full wonders that a conductor can inspire come into focus. 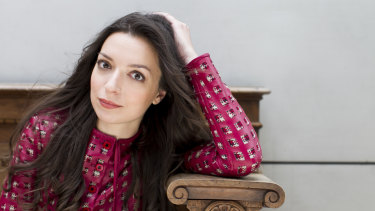 At first glance, the three pieces on this program seemed distantly related. As the evening progressed, Kochanovsky’s intent became clear: this would be a performance that celebrated underdog musical accomplishment.

Mussorgsky’s Night on Bald Mountain is a true warhorse of the classical canon, but usually in its substantially augmented and reorchestrated guise by Rimsky-Korsakov. Here, in its original iteration, its folk-inflected character came to the fore. It may not boast the same finesse and narrative lucidity as its retrofitted counterpart, but what it lacked in technical flair it more than made up for in vibrant spirit.

Kochanovsky’s most remarkable skill is the ability to propel a decisive dramatic impulse though unwieldy repertoire. Soloist Yulianna Avdeeva proved a kindred talent in this regard, bringing a physically understated yet powerful distinction to Chopin’s first piano concerto.

Once again eschewing the more obvious option, rather than performing one of the more commonly heard orchestra suites, Kochanovsky concluded with a verbatim performance of the full score to Prokofiev’s ballet Romeo and Juliet. Even without dancers, each scene sprang stunningly to life. From the portentous menace of the opening chords, to the helter-skelter speed of the Death of Tybalt, to the aching sorrow of the lovers’ deaths, this was a performance of outstanding vision.