Ringo Starr is having a big moment. Pushing 80, the Beatle drummer shows no signs of slowing down. Thanks to the revelatory new Super Deluxe edition of the White Album, his legend is getting a boost. Fans can savor new dimensions to his playing on the 1968 masterpiece, in the definitive new mix from Giles Martin — finally, we can hear Ringo rock out on “Long, Long, Long” in all his glory. It proves what true fans have always known — he was the heartbeat of the Beatles.

But Ringo’s moving forward. The 78-year-old mocker who sang “Photograph” has a new coffee-table book of photos, Another Day in the Life. The book follows Ringo’s adventures around the world, dating back to his Fabs days — as he says, “photos by me and a few picked up along the way.” (Like the man says in A Hard Day’s Night, you can learn from books.) There’s a foreword from David Lynch, calling it “Ringoism in book form,” as well as Ringo’s own unique commentary, like when he reflects on the cover of Abbey Road: “We were sitting in the studio thinking, ‘We need a cover, let’s go to Hawaii! Let’s go to Egypt! Oh, sod it, let’s just walk across the road.’”

He also just announced a new tour with his long-running All Starr Band, celebrating its 30th anniversary. The All Starr Band now includes Toto’s Steve Lukather, Men at Work’s Colin Hay and Santana’s Gregg Rolie, plus a new addition, Hamish Stuart of the Average White Band. He also recently made time to drop by Buckingham Palace and get knighted — arise, Sir Ringo.

And like everyone else, he’s enjoying the remastered White Album. It has new mixes in stereo and 5.1 surround sound, plus four discs of previously unreleased extras. (If you thought Starr already had blisters on his fingers in “Helter Skelter,” wait till you hear the 13-minute version.) This Hard Day’s Knight spoke to Rolling Stone about drumming, dancing, photography, his Beatle memories and how it feels to rediscover the White Album.

Congratulations on your new book and tour. You’re a busy man these days.
It’s become what I do — I go on tour. So we’re starting in Japan in March, then in the summer we do America. I’ve got plenty of time so I love to play. And of course, being the drummer, I can’t go out like a solo. If I played guitar I’d probably be a folksinger and go out every day.

Something great about the live show — you’re always the best dancer in the room.
I am — I know I’m a really good dancer. I got rhythm. 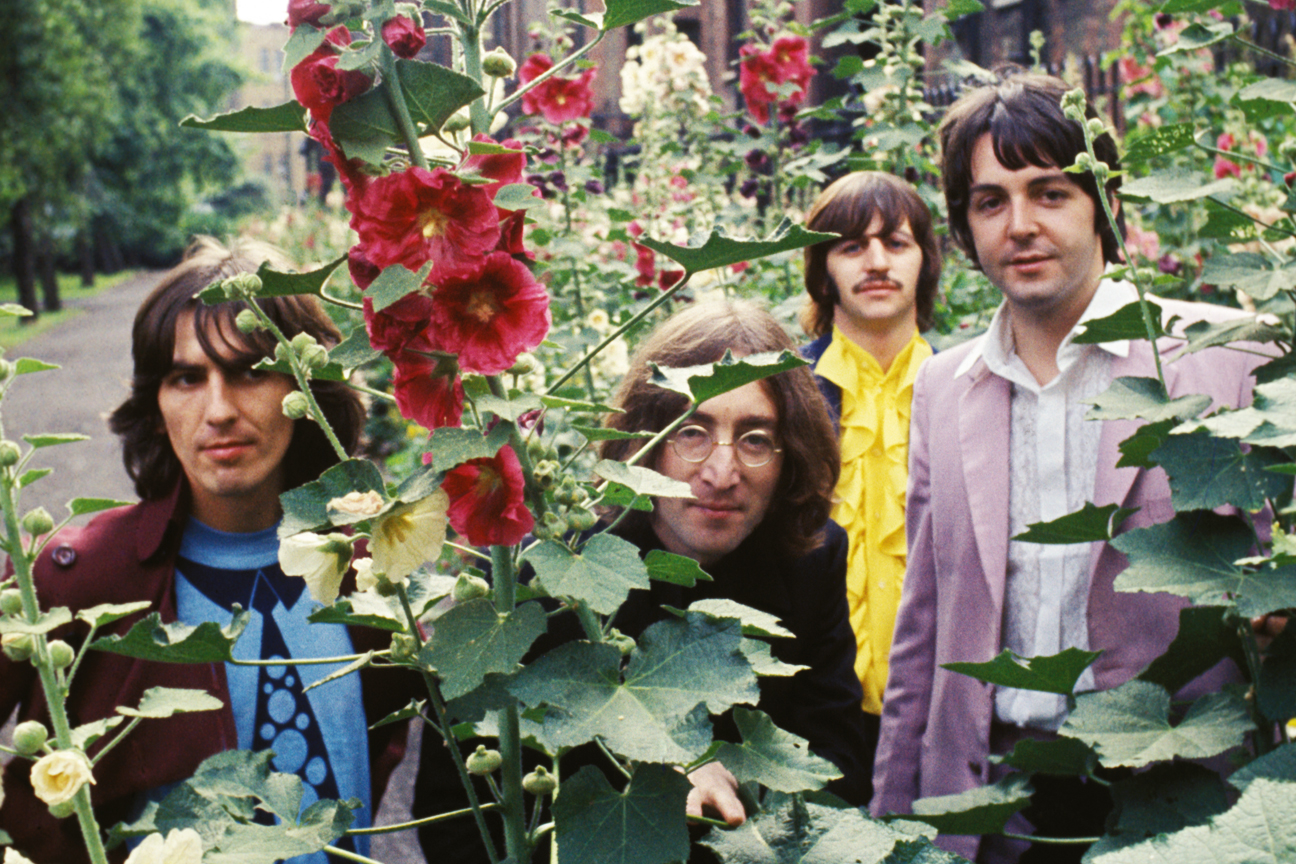 How do you stay so young and active?
Well, I think staying active keeps you young. I do work out. I have a trainer. I’m lively onstage. I have a vegetarian diet — broccoli with every meal. So I just do what I think is good for me, and I’ve been blessed that I have the energy to keep it moving.

With your books and art, it seems you try different ways to communicate with people.
Yes, I’m trying to communicate. But also it’s for a good cause — it goes to my charity, the Lotus Foundation. This new book, I was going on my computer, just doodling about really, and I went to photos. I’m sitting around, I say, “OK, let’s do a book.” So we decided on the photos. While I’m doing that, I’m getting ready for the tour. And while that’s going on, I’m in my little studio in my guest house, making a record.

We should all have your energy level.
You know what was great? Over the weekend I was in Tacoma — Joe Walsh has a charity, VetsAid, and he got James Taylor and Don Henley and Haim, the girl band. I’m on doing “A Little Help” and I started jumping up and down. And then everybody got onstage, because it was the finale, and everybody started jumping up and down. It looked so great! We’re all bouncing — in time with the music, of course, because we’re musicians.

You have that effect on people. There’s a lot of your Beatle memories in Another Day in the Life — what was it like walking through those memories again?
Well, honestly, I need the photos to remind me. You look at them: “Wow, what a day that was,” or “What a week,” or “Wow, when we were in the Bahamas or wherever.” It brings it all coming back. And then you get the other side of the coin, where there’s a boot washed up on the beach and I took a photo of it. It looks very surreal in its own way. It’s a real bag — all different things. I like the photo where Paul’s pointing at me and I’m doing the peace sign. The one in Paris was so great, with the Eiffel Tower in the mist.

Is it happy for you to go through the photos and revisit those days?
It is — it’s joyful. We were four lads who loved to play. And we made some good music. And it’s continuing, with the new White Album. It’s really far out to hear it. But I love it because it’s remastered and you can really hear the drums.

Everybody’s discovering new details in your playing, because we can hear you loud and clear in the new mix.
I have to pay Giles extra for that [long evil laugh].

“Long, Long, Long” — your drumming on that is mind-blowing.
“Yer Blues” is my favorite, only because of we were in a 10-foot room, not that huge room at EMI. And we were like a band again, you know — like a little club band.

But “Long, Long, Long,” I was talking to Olivia [Harrison, George’s wife] about this. Before, “Long, Long, Long” was actually just part of the album. But with the remaster, it is sensational. So beautiful — it’s very moving. And I didn’t think we got that a hundred years ago, when we made it.

That song sounds like just you and George having a conversation with your instruments.
Yeah, that’s how I played really. You know what I mean? I played with the singer — that’s how I’ve always played. If he’s singing, I sort of just hold it together. But if there’s some emotional move I’ve got, it just comes out, usually though when they’re not singing. So it can stand up beautiful. And we have to thank Giles. There’s a lot of information in this package, and, you think, “Aaah, why don’t we just put the album out?” But I mean, it’s the new way.

It seems like singers get really inspired by how you provide the pulse for them.
Yeah, singers love the way I play. I don’t play all over them.

John had a great line when you were recording “Don’t Let Me Down” — for your drum intro, John said, “Give me the courage to come screaming in.” In a way, that’s something you do for all of us — you give us the courage.
I hope so. And when I have to go, you can scream on your own.