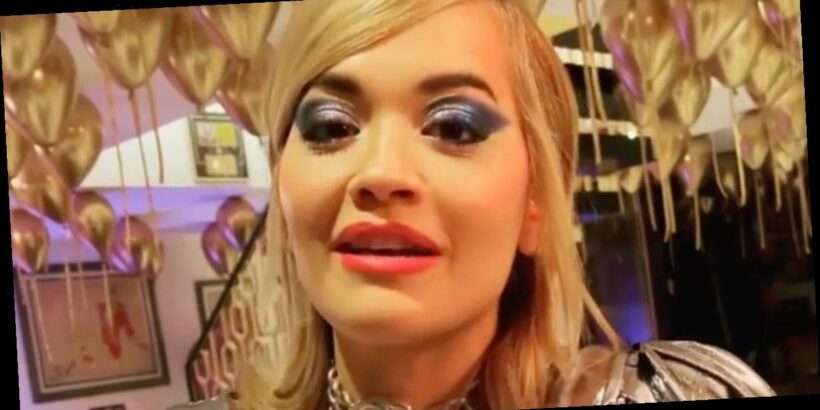 Rita Ora hit the headlines in November after she held an illegal 30th birthday bash at Casa Cruz restaurant in London during the second national lockdown.

The pop star has previously apologised for her “spur of the moment” decision to throw the celebration, which broke Covid rules, on November 28 last year.

At a Kensington and Chelsea Council licensing sub-committee hearing on Thursday, police urged the authority to revoke the licence of the restaurant where the party was held.

At the meeting, Charles Holland, a lawyer representing the police, hit out at Ora as he argued the restaurant should lose its licence following the incident.

He said: "The incident on the night was one of the most egregious and certainly the most notorious, breaches of the regulations committed on licensed premises."

He added that Rita "selfishly wished to flout the lockdown" by seeking to pay for access to the Casa Cruz restaurant.

Details also emerged at the hearing of what police discovered when they arrived at the scene at 11.30pm after receiving noise complaints from residents.

When officers looked through a gap in covers on windows they saw a man serving behind the bar and a group of five women sat at a table.

They knocked on the window in a bid to gain access to the building at which point music that was blaring out stopped.

The officers were forced to leave the scene after they were not given access.

The hearing also heard how Ora's representatives allegedly contacted the supervisor of the restaurant on the day of the party to ask if it could be held there.

Gary Grant, who represents Nicholas Fallows, the director of Casa Cruz, told the hearing that the party was originally due to be held at the home of one of Ora's associates.

He said that Ora decided not to hold the party at the home after paparazzi photographers turned up at the property.

He said her representatives then contacted Scottie Bhattarai, the manager of Casa Cruz, in "desperation" and asked if they could hold the party there if they paid him a £5,000 fee.

"Foolishly he decided to accept when they were locked down – this shouldn't have happened and it was a serious breach.

“This was going to be a dining-at-home experience in a very close associate of Ms Ora’s and my client… was doing the catering for it, for home.

“The paparazzi turned up outside the home where the party was going to take place.

“There was a panicked phone call in the afternoon, I believe, of the 28th from a close associate of Ms Ora.”

The hearing also heard that the £5,000 fee included nibbled that for 17 guests that attended the Ora's birthday dinner and that the singer provided all the booze for the gathering including tequila.

Mr Grant said the restaurant's director Mr Fallows knew nothing about the gathering, and had taken steps to make sure it didn't happen again such as firing Bhattarai.

Documents seen by Daily Star claim Ora security's team demanded CCTV footage at a swanky restaurant to be turned off for a party.

A decision on whether the restaurant keeps it licence is expected to be made next week.