Rita Ora’s controversial new song ‘Girls’ has prompted much discussion in the last few weeks, and now the star has dropped a video that sees her get rather close with Cardi B.

In the clip, which also features Bebe Rexha and Charli XCX, Rita watches a giant hologram of Cardi doing her thing, before the two stars kiss.

Rita previously described the track as a “gender-fluid freedom record”.

However, the song has stirred some controversy, with some in the LGBTQ+ community objecting to the track, and popstars such as Kehlani complaining about the “harmful lyrics” and “awkward slurs”. 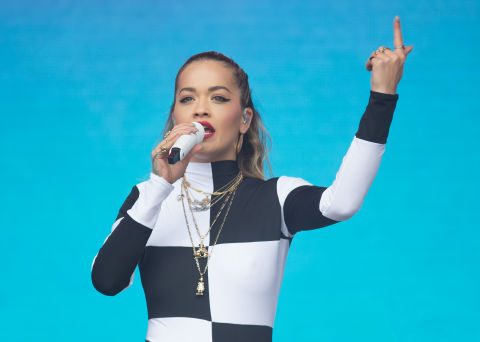 Responding to the backlash, Rita said: “I am sorry how I expressed myself in my song has hurt anyone. I would never intentionally cause harm to other LGBTQ+ people or anyone.

“Looking forward, I hope that continuing to express myself through my art will empower my fans to feel as proud of themselves as I’m learning to feel about who I am.

“I’m ever thankful to my fans for teaching me to love myself no matter what. I have strived to be a contributor to the LGBTQ+ community throughout my entire career and always will be.”