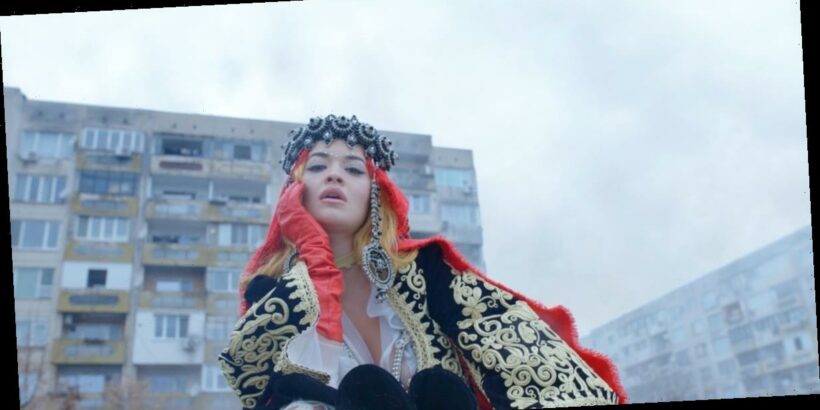 Rita Ora has recalled her bizarre first meeting with Queen of Pop, Madonna.

The Bang Bang songstress appeared via video link from Australia on US TV show Jimmy Kimmel.

Chatting about meeting her "biggest idols of all time", Rita explained how she felt like she was recreating the Like A Prayer video.

The duo met after a fresh-faced Rita was picked to front Madonna's clothing line Material Girl in 2014.

Describe the "unbelievable" moment, the Big singer said: "I had an amazing moment with her, very awkward but also very unbelievable.

"She really just made me find my light and by doing that we had to kneel on the floor.

"And I thought it was Like A Prayer in real life that was happening to me.

"I mean I had to go and breathe in the bathroom before we met."

Rita added: "This was earlier in my career. I was doing a campaign for her clothing line and so then she came to meet me and I loved it and I just couldn't breathe. "And then she was like 'this is not my light, let's get down'.

Rita appeared via video link on the show after relocating Down Under for filming of The Voice Australia.

Shortly before jetting out of the UK Daily Star revealed how singer pre-recorded a performance on Dancing On Ice for her new song Bang Bang.

When the performance went out on ITV last month it was met with fury from viewers who slammed the channel of giving Rita a platform following her illegal 30th birthday party scandal.

Ofcom confirmed at the time that they received 78 official complaints about the pop starlet's inclusion on the prime time family show.

The governing body have not confirmed if the complaints will be upheld or not.

Last November, despite being in the middle of a pandemic, and with the infection rate spiralling out of control, Rita decided she would party with some of her closest pals at Kensington haunt Casa Cruz.

The police were called by a concerned member of the public but upon arrival were unable to gain access to the venue.

A recent hearing held by Chelsea and Kensington council heard how CCTV had been deliberately turned off.

It concluded that the plush venue would have its premises licence suspended for six weeks after a review.