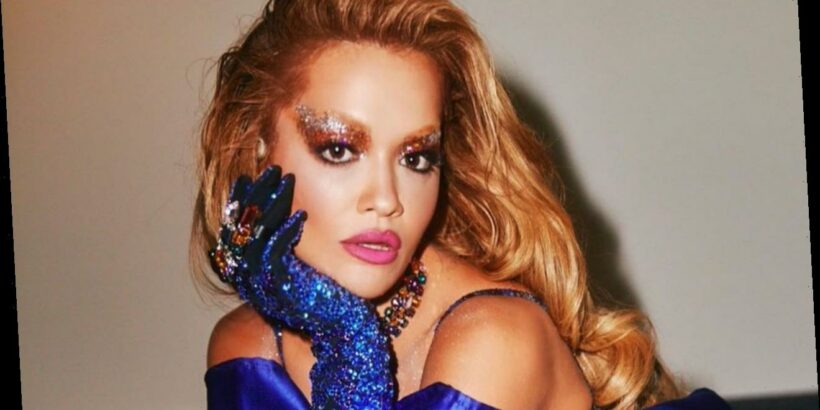 Hitting the stage at the Sydney Cricket Ground in front of 35,000 fans, the new coach of ‘The Voice Australia’ admits to feeling a little bit emotional toward the end of her set.

AceShowbiz –Rita Ora became one of the first A-listers to perform live for thousands since the COVID pandemic shut down the music world, when she performed at the 2021 Sydney Gay and Lesbian Mardi Gras in Australia on Saturday, March 6.

The singer took to the stage at the Sydney Cricket Ground in front of 35,000 fans.

Rita, who was already in Australia – working as a coach in the new season of TV talent show “The Voice“, came dressed to party in a plunging blue sequinned leotard, and played a medley of her hits, including “Let You Love Me” and “Bang Bang”.

Speaking to the gathering crowd toward the end of her set, the “Anywhere” confessed, “I’m a little bit emotional.” She added, “This is my first show in a very, very long time so thank you.”

Troye Sivan also made a splash during the Mardi Gras, as did singer Jack Vidgen.

Hours after her performance, Ora thanked the Mardi Gras organizers for inviting her to headline the event, sharing a series of snaps via Instagram.

“Thank you @sydneymardigras!!! It was an honor to perform at such an important event last night!” she captioned the shots. “I can’t put into words the love I have for the LGBTQIA+ community and last night will remain a special moment for me forever! Love you all.”

While the event went on smoothly, Mardi Gras chief executive Albert Kruger revealed that it was almost canceled because of the coronavirus pandemic. He went on to say, “This is actually better than any expectations we ever had.”