Robbie Williams was evacuated from London’s Mandarin Oriental Hotel this afternoon (June 6) after a huge fire broke out in the building.

The singer, who it is believed was staying at the hotel ahead of this weekend’s Soccer Aid charity football match, was filmed by a fellow guest as he left via a fire escape.

After they safely reached the ground outside, the person filming asked Robbie if he was okay, to which he gave a thumbs-up. 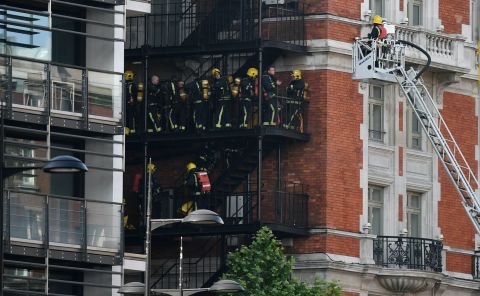 He has not yet spoken in public about the incident, but Digital Spy has contacted his reps for comment.

The five-star hotel, in London’s Knightsbridge, has recently undergone a refurbishment, with rooms costing from £600-£4,370 per night.

Around 120 firefighters have tackled the blaze, with no injuries reported so far. 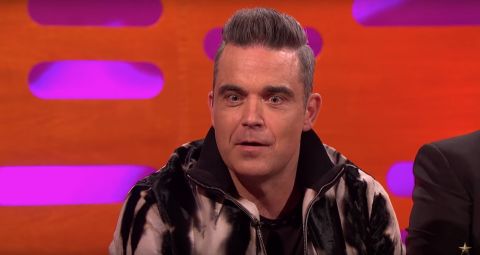 Meanwhile, Robbie Williams recently revealed that he is joining forces with David Walliams to stage a musical adaptation of David’s children’s book The Boy in the Dress.

Robbie has written the music for the show alongside his long-time songwriting partner Guy Chambers.

He has also opened up about his battle with mental health, saying that he is “inclined to sabotage everything”.

“I’ve got a disease that wants to kill me and it’s in my head, so I have to guard against that,” he said. “Sometimes it overwhelms me and sometimes it’s a tool I need to get on stage. Sometimes I live in bliss and it’s wonderful.”