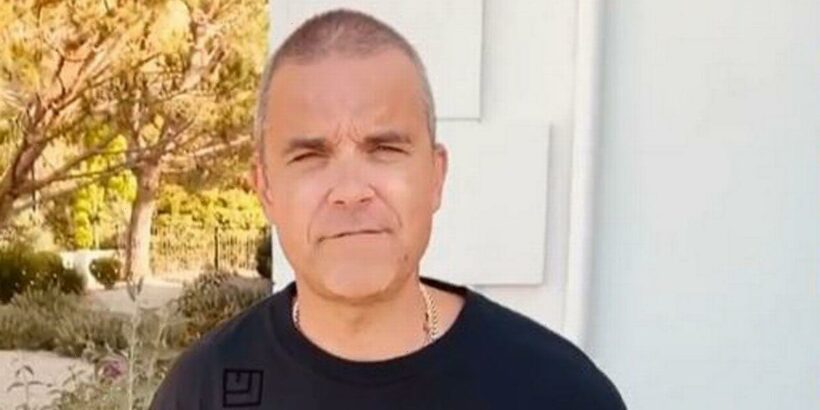 Robbie Williams has said he may finally bite the bullet and start wearing a wig.

The flamboyant singer has been open about his hair issues in the past and his latest hair transplant has been a fail.

The 48 year old has also tried hair follicle injections in a bid to get his mane back to its former glory.

But neither has done the trick, it seems, so the Angels hitmaker has admitted fake hair might be his only option.

According to The Sun, speaking on Australian radio, Robbie said: "I’m thinking of getting a hairpiece.

“There are these great wigs that you can get now, you have to shave all your hair off and then you have it placed on with glue and it sticks on for a couple of weeks."

He added: "I might actually do it just for touring."

Robbie, a dad of two, went on to explain that when he’s on stage he “still thinks he’s 27” but the reality is a bit different.

He said: "And then I turn behind me and see a 40-foot version of me with three necks and there’s a light shining on the top of my head that makes it look like a baby’s a**e I start to get slightly neurotic about declining hair."

The wig seems to be a new idea as before Robbie, who is based in LA, said he was embracing his diminishing locks.

He said last year: "I’m losing my hair, I’m thinning and I thought instead of fighting against it I should just lean into it.

"The first step was doing a number one all over and to see how that looked. I thought that was OK.

"Then I thought while Ayda was out, I’d just shave a Mohican. This is what has happened.”

Robbie, who is married to Ayda Field, had hair transplant surgery in 2013 then also forked out for injections that “cost as much as his grandma’s house”.

He added: "They were an absolute fortune, two vials of this stuff.

"And they put these vials in and said in five months, your hair will grow back much thicker.